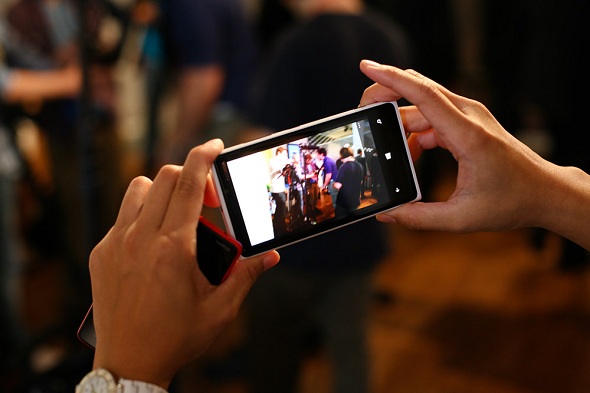 Speculations surfacing online indicate that the images that appeared on Chinese microblogging site Weibo might be the new Nokia Lumia 830.

Microsoft that recently acquired Nokia’s phone division apparently has some big plans for the future. The tech giant is planning to release at least 3 new Windows Phone 8.1 devices this year.

Set to release this year, the three devices include a 4.7-inch mid-range ‘Superman’ handset, a low-end ‘Rock’ device and Microsoft’s flagship device with the codename ‘McLaren’ which is expected to come with new Kinect-like 3D Touch features such as hovering your finger above the screen and slide your fingers to the side of the phone to zoom in and out when using the camera. 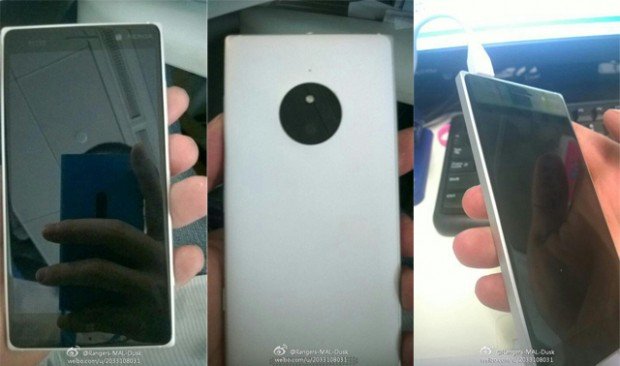 McLaren is seen as a successor to the Lumia 1020, and will probably come with a super great camera.

The device dons an aluminum frame with a polycarbonate back, with similar structuring to that of Lumia 925 and Lumia 930. Since the back panel includes a large-flat camera, it suggests that it won’t feature the same 41-megapixel sensor that is on Lumia 1020. So you’re on the good road mate, if you’re expecting something better and enhanced already.

WPDang speculates that it might be the new Nokia Lumia 830. It could also possibly be Nokia’s ‘Tesla’ handset, again a mid-range device that could be named Lumia 730 when it retails.  Although, there isn’t enough detail to determine if it is Tesla at such a pre-mature stage.

While the pictures may be fended off as fake, it should be noted that a number of devices has leaked on Weibo unfortunately before landing in the U.S. at launch events, including Nokia X, Lumia 1520 and Lumia 719.

(Source: via WPDang and Weibo.)

Anna Domanska
Anna Domanska is an Industry Leaders Magazine author possessing wide-range of knowledge for Business News. She is an avid reader and writer of Business and CEO Magazines and a rigorous follower of Business Leaders.
« FTC files suit against T-Mobile for fraudulently charging customers
Air Globe by Pei-Chih: Experience the World’s Weather in Your Living Room! »
Leave a Comment
Close