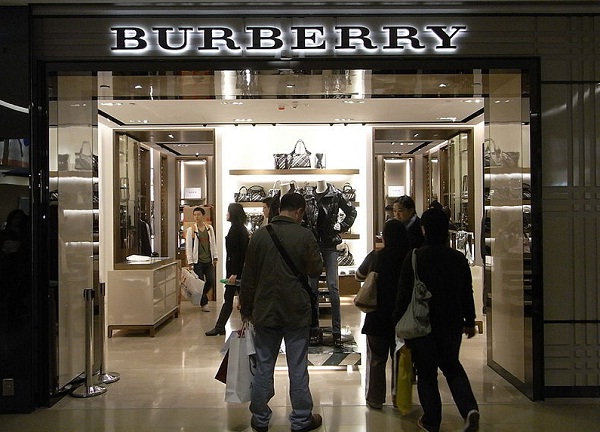 Burberry Group had good news for investors as it saw not only a significant increase in its fourth quarter revenue, but the luxury goods maker recorded satisfying results for the half year ended March. It seems that demand for luxury goods in China improved as the UK-based company’s performance was undeniably driven by Chinese fondness for high-end products. Interestingly, even analysts are much surprised by that unexpected twist as company’s revenue significantly exceeded economists’ projections.

On the 17th of April, Burberry Group released its data on the fourth quarter ended March, indicating that the luxury goods producer saw its sales climb as much as 11 percent to surprising £503 million. The result was significantly higher than analysts’ projections of about £485 million. In addition, the strong figures for the fourth quarter resulted in high revenue for the six months ended March which amounted to around £1.12 billion. Also half-year revenue topped analysts’ estimates of £1.09 billion.

The detailed findings indicated that retail sales, which account for three-fourth of  UK-based company’s revenue, climbed approximately 14 percent to as much as £375 million pounds in the three-month period ended March.  Even though fewer shoppers were recorded, Burberry Group recorded quite satisfying results due to increased medium spend.

In addition, the company saw its comparable stores sales jump around 7 percent as they were driven by surprisingly good sales in the Asia Pacific region, including China. On the other hand, the UK-based luxury goods maker informed that its second-half wholesale revenue slumped 3 percent. This not too optimistic result was much anticipated as many companies have been going through tough times in European markets for a long time.

Certainly, the released report on revenue is a pleasant surprise for Burberry Group itself and analysts as just in September 2012, the UK-based company had projected a spending slowdown. The trend was to be mainly seen in China which has been the main force behind demand for luxury goods. And indeed, luxury companies witnessed a slowdown in China’s spending, but the situation has been tackled and demand for luxury goods in China is steadily increasing.

Burberry Group can take pride in its latest results, especially taking into account that other luxury goods companies cannot show off their figures. Interestingly, one of these companies is famous LVMH Moet Hennessy Louis Vuitton SA which informed that it witnessed the depressingly slow rate of growth in fashion and leather-goods revenue due to fewer Asian tourists in Europe and lower demand for its products in the world’s second economy as well.

But the fact is the luxury goods companies have been facing dauntingly weak demand in crisis-hit Europe.  Hence the companies are aware that they should seek new markets if they want to offset the European weaknesses. The situation does not look better. Angela Ahrendts, chief executive officer at Burberry Group, highlighted: “We expect the external global environment to remain challenging.” Undoubtedly, luxury goods companies are looking forward for better days.

The pandemic has forcibly separated teams, resulting in many employees forced to work remotely which has led them to feel isolated and disco...
14 hours ago

The winter storm that has devastated Texas, leading to power outages, water shortage, and heating troubles, will affect the electricity bill...
16 hours ago

Thasunda Brown Duckett has been active in pushing women’s causes in the financial world and was a sponsor of the bank’s Fellowship I...
16 hours ago