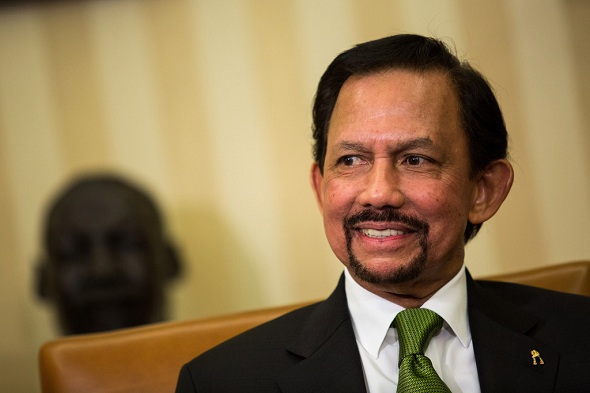 The Sultan of Brunei has made an offer for New York’s Plaza Hotel, Dream Hotel and London’s Grosvenor House hotel; it was accounted for last week, referring to individuals acquainted with the matter. According to the reports, a venture firm which has been affiliated with Brunei has offered to pay $2 billion for the three hotels, which are currently owned by India’s Sahara conglomerate.

In 2012, Sahara gained a controlling stake in the Plaza for roughly $430 million. Saudi prince, al-Waleed bin Talal claims a 25% stake in the hotel. It hasn’t been known if the Saudi prince will still own a stake in case Sahara group sells the property.

Brunei’s offer is a leading bid among a handful of potential tycoons interested in buying the properties, including Middle Eastern government trusts, an individual with familiar with the matter said.

Brunei authorities have allegedly been in talks all throughout this summer with representatives of Sahara, report said, referring to its sources, including that an agreement could be reached between the two parties in September. Brunei’s offer would incorporate assuming control over Sahara’s loan from Bank of China Ltd. for the three properties.

The Sultan, along with Dorchester Collection, his luxury hotel operator has been condemned for his intolerance on certain issues and harsh new laws in Brunei.

The laws, which incorporate death by stoning for gay people and adulterers, have lead to public rage in the United States for the organization to sell its properties. This has resulted into boycotts of the Beverly Hills Hotel and other Dorchester properties in Europe, costing the luxury hotel operator millions of dollars in lost income, Dorchester has said.

A few hotel analysts said that in an event that Brunei acquires the Plaza; the renowned hotel could possibly be harmed by getting dragged into controversies over harsh laws thereby damaging its reputation and business. “Absolutely there would be protests and talks of boycotts, just like in L.A.,” said Sean Hennessey, CEO of Lodging Advisors, a hotel-consulting firm, alluding to the activities against the Beverly Hills Hotel.

The Human Rights Campaign has taken up the reason. The gathering on Friday approached New Yorkers to restrict a deal to Brunei. “We urge all New Yorkers to have one simple and straightforward message for the Sultan: ‘Take your business elsewhere,’ ” it said.

The Plaza is 107-year-old and is the most prestigious hotel in the U.S. It has been featured in famous movies and books, including “The Great Gatsby” and Alfred Hitchcock’s “North by Northwest”. John F. Kennedy’s sister Patricia Kennedy had an opulent wedding reception at the Plaza’s ballroom. Marlene Dietrich, Marilyn Monroe and the Beatles have stayed there as guests. A hotel suite during this time of the year starts at nearly $1,000 a night.