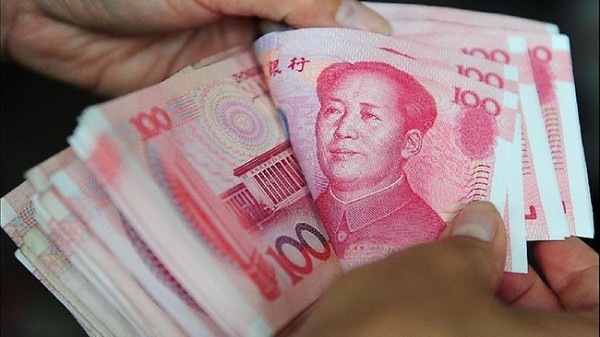 The doubling of Chinese Yuan trading band indicates official buoyancy in the strength of the economy’s expansion and suggests that the dismissal of Bo Xilai from the communist party leadership has not hampered the policy making.

The change that took effect Monday  has added to Jim O’Neill’s confidence in a soft landing. Jim O’Neill is the chairman of Goldman Sachs Asset Management in London and has been coined the acronym BRIC for Brazil, Russia, India and China.

It is expected that the Central Bank Governer, Zhou Xiaochuan will be better able to control inflation and support the economy that the World Bank sees rapidly growing at 8.2 percent if the Yuan becomes more flexible. It is being anticipated that the whole move might actually intended to mute criticism of Chinese currency policies at International Monetary Fund and Group of 20 meetings. It has also indicated a scandal engulfing former Chongqing chief Bo, 62, which will fail to stall the nation’s economic opening up.

Stephen Roach, a professor at Yale University and former non-executive chairman for Morgan Stanley in Asia said, “The government is confident that China will avoid a hard landing, otherwise why would they introduce the possibility of greater foreign-exchange volatility”?

A Comparison in Yuan’s Performance

Experts and analysts have been anticipating that the Yuan could move as much as 1 percent against the dollar from a daily fixing rate. It is likely that the move comes after the central bank on April 14 announced the first widening of the band since 2007.

Yuan weakened 0.14 percent to 6.3030 this year as of April 13, the third-worst performer in Asia after the Japanese Yen and the Indonesian Rupiah. The currency feel Monday after a lower fixing was set by the PBOC, trading down 0.2 percent at 6.3148 per dollar.

Eswar Prasad, a senior fellow at the Brookings Institution in Washington and former head of the China division at the IMF said, “In the midst of domestic political turmoil, reform-minded officials seem to be sensing a window of opportunity to undertake significant steps towards market-oriented reforms. A renewed momentum towards currency and financial market reforms has also been seen”.

The consumers who are being targeted by Investors, commodity suppliers and foreign companies, in the world’s second-biggest economy, are focused on the risks from a cooling property market and weakness in exports as European economies impose austerity measures. While 8.1 percent moderation in growth has been noticed in the first quarter, which has been the least in three years, companies are still raising their bets on China, with Apple Inc. planning more investment and Ford Motor Co.’s China unit expanding a plant in Chongqing, the southwestern city formerly run by Bo.

Investors are Concerned About Changing Economy

Shane Oliver, Sydney-based head of investment strategy at AMP Capital Investors Ltd., which has more than $100 billion under management said, “The central bank’s move indicates that they are not as concerned as share-market investors are about the prospect of a hard landing”.

Oliver also said, “In 2008, their response to the global financial crisis was to link the Yuan back to the dollar. Now they are widening the band it shows they are a lot more confident that the big manufacturers down the coast of China won’t be adversely affected”.

Neslon admitted that gasoline, travel, food courts, and business centers performed exceptionally well, adding to the overall profits. The retailer hit an all-time high when it came
27 mins ago

Musk has been critical of Twitter’s free speech policies as he believes the social media giant is “the de facto public town square.” When the Elon Musk Twitter deal was annou
27 mins ago