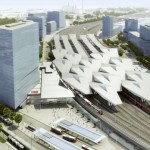 On its way to the top

STRABAG is one of Europe’s leading construction groups. With approximately 75,500 employees, STRABAG posted an output volume of around € 13.0 billion in 2009.
From its core markets of Austria and Germany, STRABAG, via its numerous subsidiaries, is present in all countries of Eastern and South-East Europe, in selected markets in Western Europe, on the Arabian Peninsula, as well as in Canada, Chile, China and India.
STRABAG generates approximately 80% of its construction output in markets in which it holds one of the top three positions. These include the Czech Republic, Hungary, Slovakia, Poland and Romania. 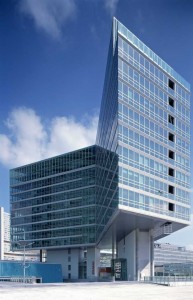 The volume of traffic is constantly increasing – roads are reaching their limits. Roads are by far the most important route of transport and will grow in importance as additional European markets are opened up. Growth forecasts predict a 20 percent increase in passenger traffic and a 40 percent increase in goods traffic by 2015. Even now, traffic jams in Germany alone are responsible for an estimated 4.4 billion lost hours.
Conventional asphalt roads, which make up the majority of their road transport infrastructure, are increasingly unable to handle this growing volume of traffic. This results in damage such as deformation, poor traction, unevenness, traffic jams and high maintenance costs, which will become increasingly difficult to finance in the future.

Strabag firmly believes that two parameters are key towards optimizing the process chain; the material itself and the building process. Under the project leadership of Kirchner,  these important factors are examined in both a comprehensive and interdisciplinary way, together with research and business partners as part of the PAST research project.
The aim is to optimize the entire process chain, from the production of ready-mix and loading of trucks through transportation to
placement and compaction, and to identify factors that have a negative impact on quality. The project, which is funded by the German Federal Ministry of Economics and Technology and supported by TÜV Rhineland, was launched at the end of 2008 and was set to last three years.

From Theory to Practice

In mid-July 2010, around 130 road construction experts and representatives from both the regional and federal governments witnessed at first-hand the findings in an on-road test carried out by Strabag over an approximately 5 km long test stretch of road on the A4 motorway close to Jena/Thuringia.
Five different types of mixtures and eight different construction techniques were tested on this section of road. In addition to this, technical enhancements to road pavers were presented, along with brand new transponders (RFID-TASs), which are integrated into the asphalt, to record comprehensively both the thickness of the road surface and the temperature of the asphalt.
“Our vision is to create an intelligent road that both stores and passes on information, as well as to develop multifunctional road surfaces which can constantly feed information about their condition to both the user and the operator thanks to an integrated system of sensors,” said Carsten Lips, Head of Division and PAST coordinator, who, together with Project Manageress Susan Pagel, fully believes in this interdisciplinary project.

The access to resources offers Strabag a significant competitive advantage, as the approval for new production facilities is granted only to a limited extent in those regions in which such facilities already exist.
Strabag’s supply of resources from within the group also helps them reduce their dependence on external suppliers, allowing them to better plan their raw materials access.
The company possesses an extensive resource network that is especially dense in their home markets and several of their growth markets.
In the previous year, Strabag had set themselves the objective of further profiting from their own resource access and optimizing their raw materials portfolio – and for the most part, they have been successful: with 3251 asphalt mixing facilities (2008: 348) and 183 concrete mixing facilities (2008: 199), we have increased the coverage of group supply from own production.
Their own stone and gravel production, however, only covered 17 % of the need, compared to 19 % in the previous year, while the number of active production sites in the area fell from 188 to 179.

Anna Domanska
Anna Domanska is an Industry Leaders Magazine author possessing wide-range of knowledge for Business News. She is an avid reader and writer of Business and CEO Magazines and a rigorous follower of Business Leaders.
« Yale blow-molds the perfect marriage of Steel and Plastic
Generate clean energy by underwater kite turbines »
Leave a Comment
Close