The history of Apple vs. Samsung patent war in 3 minutes 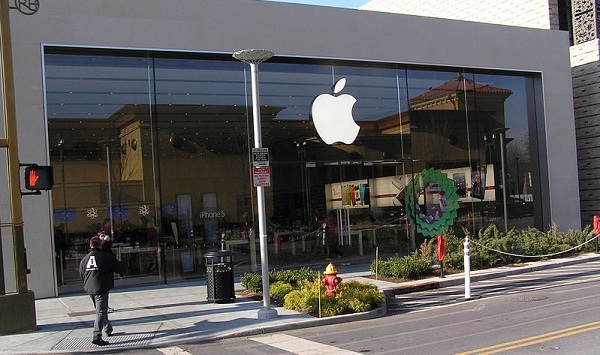 It is nothing new that Apple Inc. and Samsung Electronics Co. have been at war with each other for infringing technology patents held by the respective companies, so simply the story, which is full of twists in the plot, continues. Considering that Samsung Electronics Co. provides the processors used in Apple’s products, the patent wars are long-drawn and involve a lot of subtle contesting.

Among the several patent-suits pending before courts in more than 10 countries, a ruling on patent No. 7,706348 by the US International Trade Commission on June 4th has gone in favor of Samsung Electronics Co. While this is a ‘limited exclusion order,’ it does prohibit the sale of CDMA technology based Apple products: iPhone 4, iPhone 3GX, iPhone 3, iPad 3G as well as iPad 2 3G as they infringe patents owned by the South Korean electronics giant.

While the US International Trade Commission is getting more determined to settle patent disputes by contending companies as it wields great decision powers such as banning imports and more, the ‘limited exclusion order’ will be placed before President Barack Obama with the rider that a decision is reached within 60 days. The last known objection to an ITC-ban was in the 1980s and it is therefore a wait-and-watch situation for Apple Inc.

Increasingly, Apple Inc. has a limited number of choices these days.  Some underlined that its only chance is to appeal to the US Court of Appeals for the Federal Circuit, the highest patent court in the country.

The wars between Apple and Samsung began in 2010 when Apple Inc. attempted to be a stickler for patent enforcement especially against small minnows. In patent battles being fought on North American, European and Australian continents, a key judgment came at San Jose, the US, in mid-2012. Apple Inc.won a staggering $1 billion verdict but recently nearly half of the patents are under retrial which is undeniably not in line with the company’s hopes.

The latest judgment relates to technology involved in coding of information that is used with a CDMA cell phone network. Apple Inc. is believed to have used a set of ‘standards-based’ patents in the iPhone 4 and the rest of the banned Apple’s devices. As per the ruling, if it was to go through following President  Barack Obama’s assent, it would mean that US users would no longer have a choice of choosing a AT&T service plan that included a free iPhone 4.

Currently, the US market has a strong demand for last years’ Apple Inc. product range and there is great demand for unlocked iPhone 4, iPhone 4S, iPad 2 series and others.  While the ruling does not affect the latest product range such as the iPhone 5, analysts believe that the higher cost on non-At&T carriers could prove a low-market growth for these products.

Interestingly, only one of the four patents that Samsung Electronics Co. filed against Apple Inc. has been upheld by US ITC.  Of the remaining three, two were declared null by the US ITC. While The US ITC did find the fourth to be valid, it also found that there was no certain degree of infringement. The US ITC also wanted further proof by Samsung Electronics Co. on an ‘established domestic industry.’

In fact, independent of this particular case, a keen observation by President Barack Obama has been that most patent suits in the country and globally are increasingly becoming ‘troll’-like in nature and patent laws definitely need  a relook.