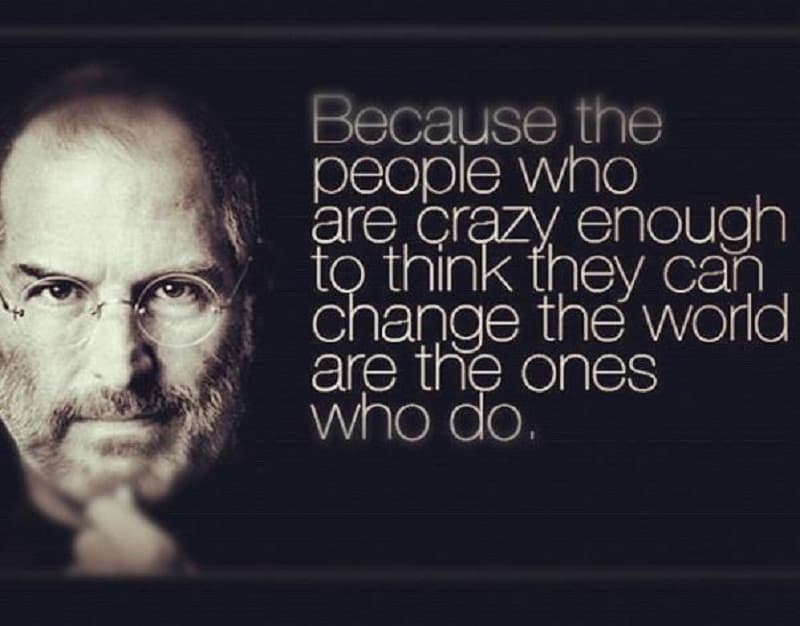 Steve Jobs was an entrepreneur, a visionary and an innovator who strikes our mind when it comes to handling creativity and leadership altogether. In 1976, he cofounded Apple in his parents’ garage and built it into world’s most innovative and valuable company by 2011. Starting from personal computers, gradually he entered into several industries such as: animated movies, music, phones, retail stores, tablet computing, and digital publishing.

Towards the end of his 56 years life, he was the co-founder and chairman of Apple Inc; CEO of Pixar Animation Studios; a board member of The Walt Disney Company; chairman and CEO of NeXT Inc. The way he applied imagination to business and technology is what sets him apart from the rest.

In 1976, Jobs and Steve Wozniak had to decide a name for their new company to complete the partnership. Jobs was coming back from his visit to Oregon to a place he referred as an ‘apple orchard’ and Steve Wozniak came to pick him up from the airport. Jobs came up with the name – Apple Computers. So Apple it was. The story of apple orchard and Jobs gives us a glimpse of Jobs’ thought process. It was not his vision that made him different, but it was perception of the vision. Vision is what eyes see but perception is what you understand out of your vision According to Jobs, “Creativity is just connecting things.”

As a leader he was abrasive towards his people, striving for the best results, and pushing them to perform beyond traditional boundaries. After all, the result is what really matters, and it’s worth the pain.

Here are some leadership mantras he followed to motivate his team to deliver the best possible outcome.

Jobs believed in achieving simplicity by conquering, instead of ignoring complexity. “Simplicity is the ultimate sophistication”, he said. He would simplify the design and working of each and every device to produce a machine that is extremely user-friendly.

When Apple built the iMac, it dealt with photos and videos but missed dealing with music. To overcome this problem, it came up with iPod. Eventually, as the demands were raised and mobile phones became a threat to iPod as it provided a music player, Apple launched iPhone.  An innovative company also knows how to leapfrog when lagging behind.

Jobs always believed in face-to-face meetings. He said ideas cannot be developed by e-mail or iChat, creativity comes from random discussions. One does not need a presentation to present his ideas, if he is clear about his thinking.

Combine Humanities with the Science

Jobs connected humanities to the sciences, arts to engineering, and creativity to technology. Steve used to say, for any society to have a creative edge in the future, the essence of applied imagination-that is to firewire together humanities and the sciences is very necessary.

Steve Jobs was a perfect example when it comes to balancing between creativity and leadership. Even as Apple became successful, Steve never forgot the rebel and crazy sides of his life.