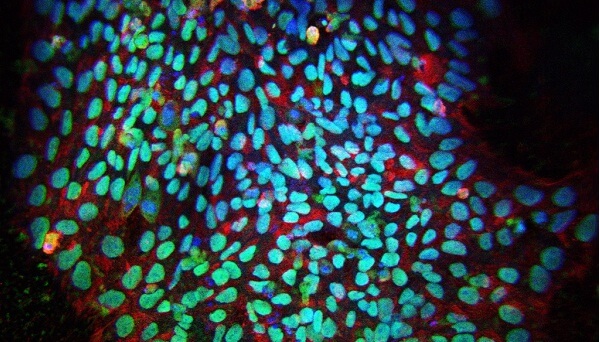 Stem cells - hope for the future

“In nothing do men more nearly approach the gods than in giving health to men.”

Stem cells seem to be popular topic in the news; whether there are claims of new research’s results or public debates over the use of them. One thing is sure that stem cells are not going anywhere and certainly will not disappear from either academic reality or social common awareness.

Even though only few commoners have a right idea about what stems cells are, most of us associate them with the medicine of the future. Undoubtedly, this association is not far from truth as stem cells are believed to change the way of treatment.

Like almost any other new medicine-related newness, stem cells are facing new obstacles, including political controversies. It is worth underlining that for centuries politics and religion have been always influencing, one way or another, development of new social, academic and medical trends. And even though that we are now living in the 21st century, this has not changed as a broad discussion on ethics in medicine has been widely conducted for years.

Politicians are aware of the importance of new developments in the field of medicine, yet most of them are not convinced about the need of investing in new research and solutions. This problem has been also faced while researching stem cells and their features.

But stem cells along with other discoveries in biotechnology, pharmacy and science may revolutionize the future of humanity and play an essential role in the future of healthy nations all over the world. Few of politicians do strongly believe in this. Franklin Delano Roosevelt shared the view on the use of science for the public good, once he underlined: “The total defense, which this Nation seeks, involves a great deal more than building airplanes, ships, guns and bombs. We cannot be a strong Nation unless we are a healthy Nation. And so we must recruit not only men and materials but also knowledge and science in the service of national strength.”

And it is not a surprising thing to say that healthy populations are crucial if politicians want to build strong economically and politically countries. Especially these days as the average lifespan has extended and all nations desire a healthy population, not the one that is filled with human gripes like illness, disease and disability.

However still in 21st century only few are really convinced that governments have a responsibility to use medical research to help citizens to live both healthy, good and productive lives.

And then the question of using stem cells for research came, which has not only been appearing in the scientific but also political spheres. The controversy over stem cells in political spheres has revolved around the moral and ethical implications of destroying human embryos. Yet, due to the discovery of IPSCs (induced pluripotent stem cells), the need for human embryos in research has been drastically reduced, not to mention that IPSCs unlocked new possibilities and opportunities for stem cell research as well. However there are still some voices that call stem research unethical. Thomas Szasz, the world-known psychiatrists and academic, wrote in The Second Sin, “Formerly, when religion was strong and science week, men mistook magic for medicine; now, when science is strong and religion weak, men mistake medicine for magic.”

Stem cell research is a very young branch of science as it began around 1998 when stem cells were identified. Just around 2007 stem cell research witnessed a visionary and pioneering breakthrough when Japanese scientists developed Induced Pluripotent Stem Cells (IPSCs), which are cells taken from patients and then reprogrammed into other cells, including diseased cells as well.

Just about one year later in 2008, Susan Solomon and her friends took a step and founded the New York Stem Cell Foundation (NYSCF). Due to their dedication, development in stem cell research is visible as they try to develop a new technology aimed at producing safer and cheaper cures. NYSCF CEO is convinced that small organizations (companies) are substantially more effective and successful when it comes to studies currently mainly prevailed by large companies which “can’t get out of their own way or ask the right questions.”

Scientists can study the progress of a disease long before signs are observable. In addition, thanks to IPSCs a way to drug discovery will be significantly shortened and cheaper as well. As it has been underlined, the current business model of drug discovery lasts average 13 years, and costs as much as $4 billion and it has an approximately 99 percent failure rate! However using stem cells would, certainly, change the current business model!

Using mice and artificial stems is a common method when it comes to testing drugs. However this method is rather problematic as mice do not have the same characteristics and features as humans. In addition, people differ from each other, and each of us may have a different respond to a disease due to the human genome.

Therefore it is important to collect stem cells from the entire human population so as to group all types of human genomes. Interestingly, the new robotic system generating identical stem cell lines, which was constructed at NYSCF, brings us nearer to developing tailor-made medicine which at the same time will take into account genetic variety of the population.

Certainly, having a genetic map of patient’s genetic variations would make it easier while selecting drugs as well as treatment process. Moreover, personalized medicine would be used to minimize side effects as well. Development of stem cells and as a result personalized medicine will help to cure such complex diseases like diabetes, Alzheimer’s, Parkinson’s and cancer, etc.

There has been outstanding improvement toward clinical implementation of IPSCs since its discovery. Even though IPSCs-based therapies are still in the initial phase of development and many challenges are likely to be faced by scientists, the future belongs to tailor-made medicine and stem cells technology in general. Scientists are still working on methods of generating cell populations for cell replacement therapy, disease modeling, and drug discovery, yet they might succeed in not such a distant future. The progress in stem cell medicine is coming so quickly that all of these may become reality even in this decade.

Scientists are convinced that the personalized stem cell therapy is possible as they are getting closer to take a patient’s own cells, correct the disease allele and then return those cells and correct format. Consequently, it is not an overstatement to underline that generation of IPSCs has transformed the field of medicine by providing scientists with a unique tool to derive disease-specific cells for research.

George Wolff, a successful consultant, noted in his The Biotech Investor’s Bible: „Research and biotech executives foresee the day when the effects of many catastrophic diseases can be reversed. The damaged brains of Alzheimer’s disease patients may be restored. Severed spinal cords may be rejoined. Damaged organs may be rebuilt. Stem cells provide hope that this dream will become reality.” And yes, in fact stem cell research provide hope for science and scientific breakthroughs will have, without a doubt, an impact on health care in the near future. Despite many research challenges, ethical and legal barriers or even financial obstacles stem cell-based drugs and therapies are the future of medicine.

Anna Domanska
Anna Domanska is an Industry Leaders Magazine author possessing wide-range of knowledge for Business News. She is an avid reader and writer of Business and CEO Magazines and a rigorous follower of Business Leaders.
« Rolls-Royce Profits Surge by 24%
There are two things in New York, business and success »
Leave a Comment
Close