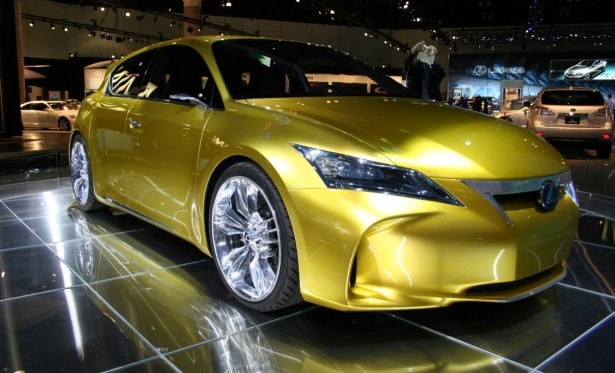 A fantastic mix of compact luxury and fuel economy seems to be making its way into the auto motive market, with the Lexus CT 200h, the Infiniti M hybrid (M35H) and Green Automotive’s Zotye SUV all coming out around the same time.

The CT 200h,  Lexus’s first compact luxury hybrid carwith a base price of $30,000 and an estimated promised fuel efficiency of 42 miles per gallon,  is a hatchback-style with an electric motor drive.

As Lexus’s environment-friendly luxury avatar, the CT 200h has established a definite edge over its competitors, the AUDI A3 2.0T and BMW 1 series 120i coupe, where combined fuel economy is concerned.

Clearly, what these luxury car makers seem to have in mind is creating environmentally responsible consumers, without stressing their budget for fuel.

While the Lexus CT 200h takes 9.8 sec to accelerate from 0 to 60 mph, Infiniti’s sedan-style M35H beats the hatchback-style CT 200h’s pick-up speed hands down  with a promised 0 to 60 mph acceleration in 6 seconds.

While the CT 200h is the fifth hybrid car by Lexus, it is the first of its kind by the company in the category of compact hybrid luxury cars.

Industry forecasts indicate that luxury hybrid cars which are also sporty, would project the IN quotient, hence putting this new auto category in high demand.. 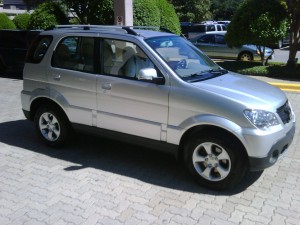 And if you thought that green auto innovations were happening only in the hatch-back and sedan markets, Texas-based Green Automotive is all set to challenge the assumed predominance.

Lithium batteries of this SUV will send power to its electric motor, allowing the SUV to run on electric power for a speed of upto 70 mph.

While the Zotye SUV is being tested by Roush industries along with a MPV powered by compressed natural gas (CNG), Green Automotive is striving to make this car fully compatible with US safety standards.  .

Green Automotive, through the launch of this all-electric SUV, is looking at encouraging potential buyers around the world to benefit from the incentives being offered by different countries for adopting sustainable tools.

When asked about the future of luxury hybrid cars, Sandy Kelly-Pruner of Servco Lexus said that until drivers become more hybrid-friendly, the advantages of a hybrid car won’t add up.

Infiniti Vice President Ben Poore said that he was super-excited about the launch of their “luxury hybrid” car along with four other non hybrid models.