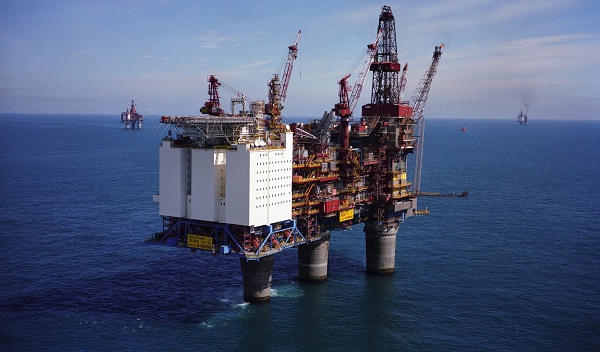 Norway’s Statoil ASA informed that it decided to invest over $7 billion, or about £4.3 billion, in the North Sea Mariner oil field. The decision, which was announced on the 21st of December, is expected to lift the UK offshore industry after a decade of decline.

Statoil ASA is to invest in Mariner oil field which is situated approximately 150 kilometers, or 90 miles, east of Shetlands. The field was discovered more than 30 years ago. The $7 billion investment of Statoil is said to create as many as 700 posts, according to the company’s statement. The Norway’s oil giant is to add as many as 200 positions onshore in Aberdeen and approximately 500 positions offshore. Statoil ASA will begin production in the North Sea Mariner field in 2017. According to estimates, production will run for approximately 30 years as the field contains of roughly 2 billion barrels of oil. The Norway’s company will exploit about 55,000 barrels of oil a day between 2017 and 2012. Lars Christian Bacher, executive vice president for Development and Production International in Statoil noted that the company was satisfied with the project, adding : “The North Sea is a core area for Statoil, and we look forward to taking a leading role in further developing also the UK part of this basin.”

The North Sea Mariner oil field had not been in use earlier as it contains of so-called “heavy” oil which is known for its challenging chemical qualities. Yet with all technological advances and development studies, exploitation of the heavy oil became not only easier but cost-effective as well. Also higher oil prices made this kind of investment profitable.

Back in 2007, Statoil ASA obtained the Mariner license as it decided to exploit the oil field. The Norway’s oil giant has a stake of as much as 65.1 in the Mariner project, while JX Nippon holds a 28.9 stake and the remaining 6 percent in the oil field is owned by Cairn. Edinburgh-based Cairn purchased the stake earlier in 2012 for over £400 million from Nautical Petroleum.

It is likely that Statoil ASA will decide to invest in the Bressay field in 2013 with the decision to be announced sometime in 2013. According to analysts’ estimates, the field has between 200 and 300 million barrels of oil.

The industry in U.K. feared that the tax increase, which was introduced in 2011, would prevent investments and result in further decline. However the government’s decision to make concessions on taxes and new discoveries pushed investors to once again engage in production. Analysts underline the significance of tax changes to the growing interest in investments. More importantly, the U.K. economic growth depends on investments in gas and oil production.

The Statoil decision to invest in the North Sea Mariner oil field will not only bring advanced technology but also create posts across the U.K. The country will also earn from additional tax revenues. Analysts also note that the Mariner project will secure U.K energy supplies as well. According to an analysis issued earlier in December, British oil output is to grow in the next few years.