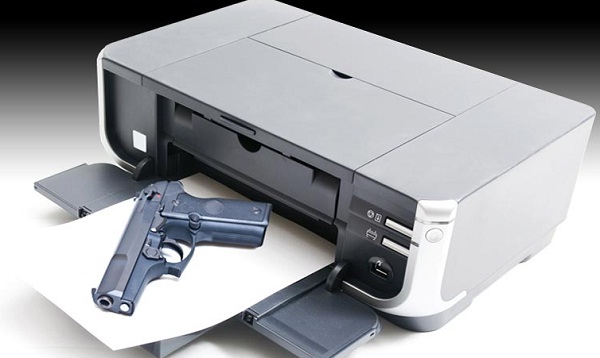 As expected, the US State Department has set things straight by directing the non-profit group Defense Distributed to remove all content related to the printing of handguns using 3-Dimensional printers from its website. Defense Distributed is the brain-child of Cody Wilson, an anarchist, who has been outspoken on 3D-gun printing ever since the recent gun-shooting sprees at schools that led to the death of several innocent students and teachers.

What is interesting is the fact that Cody Wilson is known for constructing his plastic handgun called ’The Liberator’ using a 3-Dimensional printer which certainly was a revolutionary idea at the given moment. In his video post at the website, Wilson showed a clipping of a successful single shot.

Interestingly, Cody Wilson, as a student of law at the University of Texas, was known for being critical of the US government’s gun control policies and called several products, which he currently sells on his website, ‘The Pelosi’ and ‘The Cuomo,’ and some may say: “What a sense of humor!”

Wilson, in the presence of his father, Wilson Sr., fired the first shot from his plastic handgun, assembled entirely from parts printed from the latest 3D printer and held together with the single-piece of metal used in the entire contraption, a metal firing pin. Not surprisingly, Cody Wilson has strived to do whatever it takes to make sure that ‘the Liberator’ handgun subscribed to the important Undetectable Firearms Act.

Marveled the world over as the next wave of technology 3-D printers are easy to use printers that can print anything from a protective cover for your smartphone to a plastic-clothing that can protect an object from being detected by sound waves.

Cody Wilson successfully built ‘the Liberator’ with a few fortifications and filing of the firing cylinder. His first attempt had failed and only on the second attempt did his handgun prove to be success.

Following the posting of the video clipping, Cody Wilson made headlines and also set the debate on firearms licenses and use in the US back on the front burner. However, as expected, the US State Department was quick to move and placed clear instructions to remove the entire plan for printing handguns using the 3-D printer.

By late afternoon on the 9th May, Defense Distributed complied with the US State Department’s directive and removed all of the 3-D handgun printing-plan content and added the following message: “DEFCAD files are being removed from public access at the request of the US Department of Defense Trade Controls.”

The hot debate within the political and legal institutions revolves around the issue whether Wilson breached the International Traffic in Arms Regulations (ITAR) by posting firearm printing files live on the Non-profit website.

The US State Department, in its letter to Defense Distributed, has underlined that the posting of sensitive technical material that was the subject matter of ITAR without prior sanction from the august body is considered to be a violation.

A State Department spokesperson, declining to be named, highlighted that export of defense items was a national security issue and refrained from commenting on the event.

Cody Wilson though has responded: “No, the future we imagine is one of personalized manufacture and access to objects. It doesn’t matter what the decision is on the Hill … in this future, people will be able to make guns for themselves.”