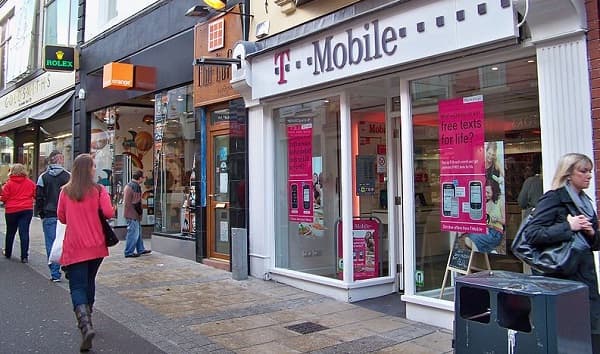 In March 2013, T-Mobile went to town with advertisements highlighting the advantages of its new plan which offered customers a choice to switch between cellular services operators without having to pay any penalties since there was no contract binding them to T-Mobile services for a specified period. T-Mobile started enrolling customers to this new plan from March 26.

This new scheme claimed to offer “No restrictions” & “No time bound contract” (typically carriers offer annual contracts) “wireless data / cellular services” to customers who would sign up under this new plan with T-Mobile.

T-Mobile successfully captured customer interest with this advertisement campaign. More important, T-Mobile was able to enroll an undisclosed number of customers under this new plan starting March 26  till April 25 when it entered into a court ordered agreement with Washington State Attorney General Bob Ferguson.

Taking Suo-Moto cognizance of the advertisements of T-Mobile’s new plan, the Attorney General’s office initiated an investigation into the veracity of the claims & practices being employed by T-Mobile for the new “No Contract” plan.

While investigating the practices being employed by T – Mobile in the  “No contract” plan, the Attorney General’s Office found the advertisement to be deceptive in nature and misleading customers since it did not spell out clearly the hidden charges that customers would be liable to pay in case of early termination of the new plan.

The Attorney General’s Office during their investigation put under the scanner T-Mobile practices regarding clients who had  decided to opt  for a purchase of a phone handset along with wireless services using the 24-month hire purchase plan.

The Attorney General’s Office determined that T-Mobile did not disclose to customers that they will have to remain subscribed to the wireless service agreement with T-Mobile for the entire 24 month duration of hire purchase tenure of phone handset. Interestingly, the only other option these people were left with was to pay T-Mobile in lump sum for the balance owed on the phone handset in the event they decided to cancel their wireless agreement with T-Mobile before the expiry of the hire purchase duration of 24 months.

The Attorney General’s Office following the investigation, in its wisdom determined and submitted to the court on April 25 the below findings: “Consumers who cancel their wireless service from the new plan of T-Mobile face an unanticipated balloon payment for the phone equipment – in some cases higher than termination fees for other wireless carriers depending on how early the customers cancel.”

The Attorney General’s Office went on to imply that the T-Mobile’s new “ No Contract” plan was entrapping gullible customers into a different two-year “sentence” to avoid a lump-sum balloon payment for the phone instead of the usual “two-year sentence” for wireless service, consumers typically face.

The Attorney General’s Office and T-Mobile have decided to work together to address the above issue.  As per the “Assurance of Discontinuance” submitted to King County Superior Court on April 25, T-Mobile has committed to refund customers who decide to opt out of this new plan for telephone equipment and service plans without paying the remaining balance owed on their phone handset — as long as customers cancel per the terms of their agreement with T-Mobile, including returning the equipment without damage.

In conclusion,  it is heartwarming to see the constitutionally empowered institutions take on well-entrenched industry bodies and lobbies in order to protect consumer rights and to make sure companies stick to the ethics of true advertising and play by the rules of the land.