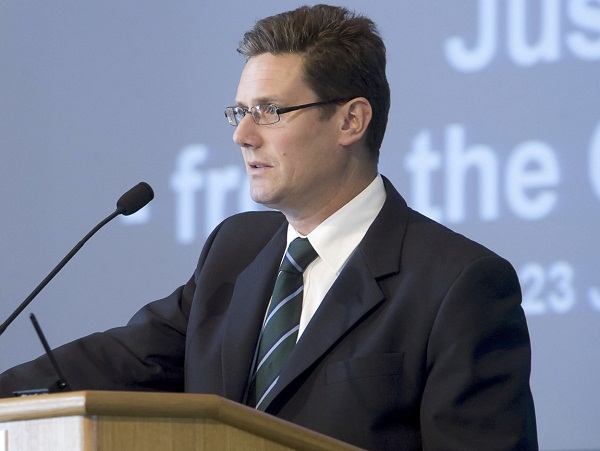 Keir Starmer, the public prosecutions director, is debating whether social networks, especially Twitter and Facebook, should act in a more responsible manner when policing their international networks for harassment and abuse in a bid to decrease the number of cases cropping up on a regular basis in court.

Matthew Woods, a teenager accused of making “sick jokes” on the social site Facebook regarding April Jones, a missing five year-old, met with a jail sentence of 12 weeks on the 8th of October. A man from Dewsbury was sentenced on the 9th of October for penning an offensive Facebook posts and tweets about the demise of British soldiers.

Keir Starmer has made it a point to consult with journalists, police and lawyers this week in several seminars on the subject of Facebook and Twitter moderation. He is eager to receive opinions on whether social media networks are required to improve the moderation of their sites at such a period when the officials of law are highly concerned about the sheer volume of unpleasant social media messages they may be required to investigate.

Attendees of the panel have stated that Starmer regularly focused on the topic of Facebook and Twitter moderation, and he is in the process of drawing up regulations against an almost daily record of prosecutions, arrests and controversy for unpleasant social media messages. However, there seems to be no immediate consensus regarding what the increased Facebook and Twitter moderation would be like.

20 year-old Azhar Ahmed from Dewsbury was sentenced, on the 9th of October, to 240 hours of community service for posting unpleasant social media messages on Facebook stating “all soldiers should die and go to hell”. The statement echoes the recent deaths of six members of the British troops. Just a day ago, 19 year-old Matthew Woods from Chorley was jailed for a lengthy period of 12 weeks following the posting of unpleasant social media messages, especially jokes on his Facebook page.

The rising number of arrests falls mostly under the widespread section 127 of the 2003 Communications Act, which considers posting or sending offensive Facebook posts and tweets or any other unpleasant material online an offence. The prosecutions have prompted worried police to convince Starmer to set the bar on arrests high.

The CPS last month reached a final decision not to press charges against semi-pro footballer, Daniel Thomas, who had posted homophobic comments on Twitter about Tom Daley, the Olympic diver. Thomas deleted the offensive Facebook posts and tweets and apologized rather quickly, stating that he did not think that the post would be retweeted as fast as it was.

Police are concerned about the amount of time spent investigating cases and think that it is possible to examine just a handful of cases dealing with offensive Facebook posts and tweets, especially when emotions are really high. The police claim that thousands of offensive comments are made on a daily basis on social networks and increased Facebook and Twitter moderation would help the police to concentrate on more serious matters at hand.