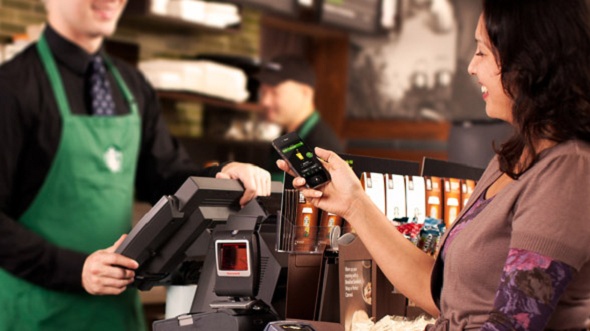 On Tuesday, the Seattle-based coffee chain – Starbucks Corp. launched mobile ordering program in more than half of its stores, it owns in US. The company stated that customers can order and pay for their ordered beverages at more than 4000 locations, ahead of its time via mobile ordering app.

Earlier in this year, Starbucks first tested the app, known as Mobile Order & Pay, in Portland, before expanding its services to 650 stores in the Pacific Northwest, including Seattle.

Starbucks mobile ordering & pay app is a key initiative for the company, and it solicits to get more customers into using its app and joining reward programs, whose members spend and visit more often at cafes. The app allows customers to place an order online through their smartphone, and pick it up directly from the counter after a few minutes later.

This innovative app helps to cut down waiting time spent in queue during rush hours in the store. As such, lengthy waiting times have become more of a timing issue for the company, as Starbucks expands the complexities of its menu items such as pastries and lunch options.

Currently, only iPhone users can take advantage of the app, but Starbucks stated that an Android app is still in W-I-P (Work in Progress) and will be launched later this year.

Starbucks officials have stated that the new mobile app features have been successful in helping to grow its customer base. At present, Starbucks has $16 million active users of its mobile apps and processes leading up to $8 million mobile payment transactions per week. Mobile payments account for nearly 19 per cent of transactions at U.S. stores.

The company is expecting to soon start testing application’s delivery feature in New York City’s Empire State Building, and Seattle. The latest expansion is only available in 26 locations, and a quarter of all U.S. stores. The program will continue to expand in some location of USA, and in UK and Canada in the coming months.

Amazon Inc. plans to set up a pop-up clinic at its Seattle headquarters on January 24 to help vaccinate 2,000 eligible members of the publi...
29 mins ago