Starbucks to Open Its First Store in India by October End 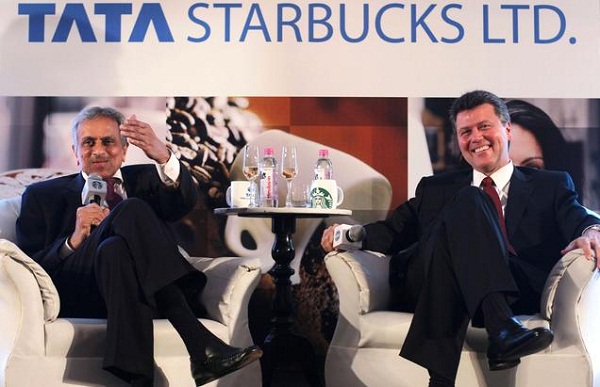 Starbucks Corp. will open its first store in India by the end of October in an upscale neighborhood of Mumbai. The company has also appointed Avani Saglani Davda a chief executive to head its India joint venture.

The Starbucks Corp.’s first café in India will be located in the Horniman Circle area of Mumbai. As it was stated by the company in the statement, “The store will also be the first Starbucks location to feature espresso sourced and roasted locally from India through the coffee sourcing and roasting agreement with Tata Coffee Ltd.”

The American giant had initially planned to open its first stores in India by mid-2011. The company, however informed in January 2012, that first café would be opened by August or September. Initial Starbucks Corp.’ plans were delayed because of the difficulties regarding purchases of real estates and high land costs as well.

And even though the first Starbucks Corp.’s café has not been opened yet, the company’s decision to enter India confirms the common feeling of confidence in India’s beleaguered economy. The government of India tries to open its retailing marketing to foreign companies even though populists and society do not agree. It has been proven in the recent strike in India. However foreign companies are deeply interested in investing in India as they believe this emerging market is a chance for them to expand more and earn more as well. The reputation of India has grown even among skeptical foreign investors, according to analysts. Wal-Mart Stores, Inc. and IKEA have recently announced that they plan to open their retail stores in India soon.

Tata Starbucks Ltd. is the 50/50 joint venture between Starbucks Corp. and Tata Global Beverages. In January, the two companies informed that its joint venture would open 50 Starbucks stores in India in the first year of the operation, announcing at the same time that the first café would be launched by August or September 2012. The whole investment is valued at approximately Rs 400 crore.

The announcement of the opening of the first Starbucks store in India was commented with the highest delight by John Culver, the president of Starbucks China and Asia Pacific. He has added that the joint-venture will certainly develop as well as improve the profile of Indian-grown arabica coffees around the world and at the same time it will also increase the prestige of Indian coffee as well.

According to Harish Bhat, CEO at Tata Global Beverages, the joint venture with Starbucks Corp. is compliant with the company’s strategy of growing through alliances alongside with organic growth.

Avani Saglani Davda, who was appointed a head to Tata Starbucks Ltd., had worked for the Tata Group for over a decade. Most recently she worked in the vice chairman’s office of Tata Global Beverages. She was responsible there for, inter alia, marketing and business development, driving and facilitating key strategies and initiatives for the Group as well as helping forge the Starbucks partnership.