Starbucks to Open First Coffee Stores in India by August 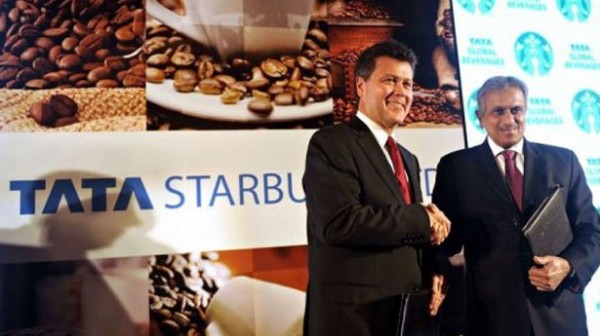 Starbucks Corp. is expanding its market outside U.S. Starbucks, in venture with Tata Global Beverages Ltd., has plans to open first 50 coffee shops in India by August this year. Starbucks believes that this is Starbucks move to tap rising coffee consumption in the world’s fastest major growing economy after China. It seems like Starbucks might have to face quite a few challenges to enter into a nation of tea lovers.

Starbucks’ coffee shop in a nation of tea lovers

Though it’s taken awhile, Starbucks believes that it’s better late than never. The chain first planned to launch in India in 2007, when it still boasted it would reach 40,000 stores worldwide, as reported in several business news. The recession and Starbucks’ overexpansion ended that talk. An overhauled Starbucks, at 17,250 stores worldwide, also plans less robust growth.

Starbucks expects to open 50 stores in Mumbai and New Delhi between August and December, as featured in a business magazine. The declaration of the deal comes a year after Starbucks was going to enter the market and nearly two months after the Indian government shuffled an effort to attract more foreign investment in its retailing industry.

John Culver, president of Starbucks’ Asian Pacific region said, “We’re going to be much disciplined in how we grow. The rate at which India is growing, the size of the emerging middle class and the growth of disposable income lead us to believe it’s going to be a very large market for Starbucks over time.”

Starbucks will arrive in India just as policy makers are struggling to bolster growth and interest by foreign investors. The Indian economy is expected to slow to 7 percent growth in the current fiscal year, which ends in March, from 8.5 percent the year before.

Starbucks’ entry in a growing nation

The Indian stores will make up on Starbucks’s growth outside the U.S., where stores are less profitable than those in the Asia-Pacific region. The world’s largest coffee-shop chain will compete with Barista Coffee Co., a unit of Italy’s Lavazza SpA (LAVA), and Cafe Coffee Day, run by Amalgamated Bean Coffee Trading Co. in India, where consumption of the drink almost doubled in the decade through 2010 to 108,000 metric tons.

John Culver also said, “We are going to move as fast as we possibly can to take advantage of the opportunity that exists in India,” he said during an interview. “It’s an economy that is moving very quickly, and the consumer is evolving very quickly, though more than half of the population in India falls under the tea lovers section.”

Food and Beverages magazines believe that Tata’s venture with Starbucks will serves as a second chance, for Tata Global Beverages Ltd., at creating a national cafe chain. It earlier had a minority stake in Barista, which is now controlled by Lavazza.  Tata Coffee, a unit of Tata Global had signed a deal to supply coffee to the joint venture. India is the world’s fifth biggest coffee producer, but exports 70-80 percent of its output.

The alliance of Tata and Starbucks will also help Tata Global Beverages in expanding its international path. R.K. Krishnakumar, vice chairman of Tata Global Beverages said, “All coffee beans for the cafes in India will be sourced from Tata Coffee, which also hopes to ramp up exports to regional Starbucks outlets. Other Tata Beverage brands, like Himalayan water, should also find their way into Starbucks outlets globally.”