Seattle based worldwide coffee chain Starbucks has joined hands with Duracell Powermat based in Israel to offer its customers a cable-free smartphone and tablet recharging option throughout the U.S. with Asian and European trials to come. 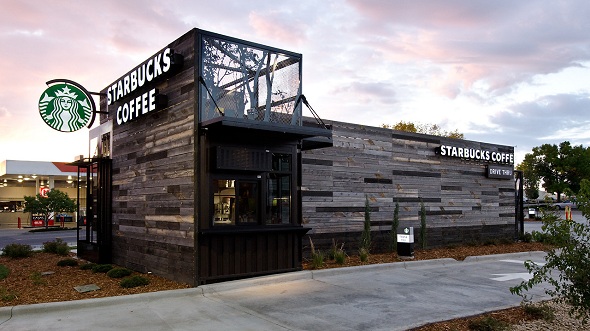 The charging points will be incorporated throughout Starbucks stores, embedded in the tables and counters.  A customer can then walk into Starbucks, sit down at one of the tables with a Powermat Spot, place his or her phone on that particular area, and then wait as the battery will start recharging automatically without any cords and plugs. The whole idea of wireless charging seems attractive, especially with the different kinds of charger hook-ups used by devices such as the iPhone 5S and the Galaxy S5.

The coffee giant wants to install about 12 Powermat stations in every single one of its 7,500 company-operated stores in the United States as well as to its Teavana tea bars. The rollout though will only be available in Starbucks stores throughout the San Francisco Bay Area. The wireless phone charging technology will be expanded to other parts of the country over the course of the next three years or so. 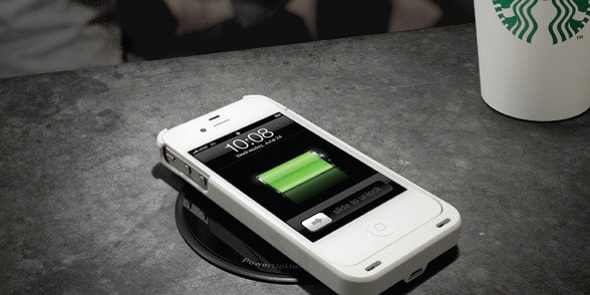 So how does it work? The Powermat pads use electromagnetic induction, which employs magnetic fields to generate electricity which can then be transmitted to a device without cords. According to Powermat, nearly six devices can be charged on a pad that is connected to a single electricity source.

However, most phones on the market today don’t actually have a built-in capability for capitalizing on Powermat technology. The question is whether or not cellphone developers are ready to help lead the charge. The good news is that the Powermat complies with the open standards set by the Power Matters Alliance (PMA), a nonprofit industry association that is focused on developing wireless charging technology. Members include AT&T, ZTE, Blackberry, HTC, LG, Microsoft, Qualcomm, Samsung, Texas Instruments and Huawei.

Powermat is offering phone accessories for those devices that do not support the wireless charging. These accessories come in the form of external batteries and special battery cases, known as the Ring that is connected to the regular charging socket of the device. The Ring will be available at all Starbuck stores for a cost of just a few dollars for those users who want to enjoy the convenience of the wireless charging stations.

Christy Gren
Christy Gren is an Industry Specialist Reporter at Industry Leaders Magazine she enjoys writing about Unicorns, Silicon Valley, Startups, Business Leaders and Innovators. Her articles provide an insight about the Power Players in the field of Technology, Auto, Manufacturing, and F&B.
« Microsoft Fights Back over Warrant for Emails Overseas
Overtaking Silicon Valley!? Is London blowing its tech trumpet too early? »
Leave a Comment
Close

The Covid-19 pandemic ravaging the world for more than a year has forced companies and organizations to find viable solutions to keep the business going. Most found a solution in w
25 mins ago