Starbucks Rolls Out Mobile Order and Pay Service in UK 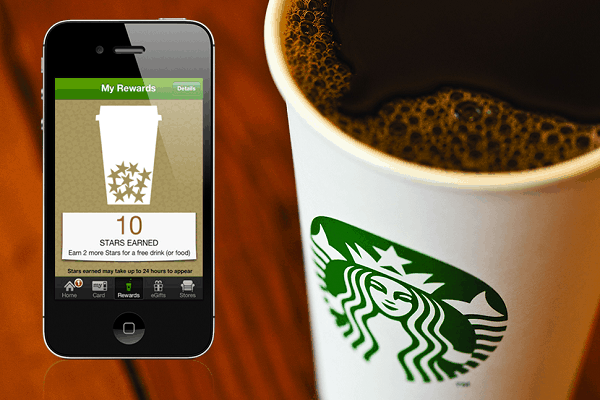 App users are also rewarded with exclusive opportunities to earn Stars every time they make an order with the My Starbucks Rewards loyalty programme.

Coffee chain Starbucks is launching Mobile Order & Pay scheme in the UK, which enables customers to pre-order their favourite drinks and food and skip queuing in-store.

Rolling out from 1st of October, the in-app pre-ordering option is available in 152 stores in the U.K. capital for the first trial phase of the technology, the company said. The scheme will be limited to London and iPhone users initially but if it’s successful, it’ll soon be spreading further across the country, and onto Android. With the new feature customers will be able to place an order before they get to a branch and have it ready and waiting for them when they arrive.

Using the firm’s official app, customers can place an order from the Starbucks menu. Once the orders are confirmed, it is immediately sent to the local branch of Starbucks where baristas begin preparing the order and an approximate collection time is sent to the customer to pick up their order directly from their barista that helps them to avoid queuing.

The app offers greater convenience to customers allowing them to customise their drink and food orders ahead of placing them. It also supports remote payments, with a reloadable Starbucks card that’s scanned at check out to pay for goods. App users are also rewarded with exclusive opportunities to earn Stars every time they make an order with the My Starbucks Rewards loyalty programme. It also allows users to find nearby branches, and to browse menus specific to each Starbucks outlet.

Following an initial rollout in 2014, and the nationwide launch in the United States beginning this month, the App has apparently received a very positive feedback from customers in the United States. It has surpassed all expectations and has since expanded to more than 7,000 stores across the country as well as to the Android platform.

According to customer response, the app could save customers between 10 and 15 minutes a day; parents with kids find it much easier to order ahead than stand in line, while speech and hearing-impaired customers have found the App to be a game changer by helping them get their correct order, fast.

Currently, the coffee chain has some 16 million+ active users on its mobile apps on iOS and Android. The mobile users will notice an updated order section in the top right of the interface that displays the full menu of edible and drinkable items.

Anna Domanska
Anna Domanska is an Industry Leaders Magazine author possessing wide-range of knowledge for Business News. She is an avid reader and writer of Business and CEO Magazines and a rigorous follower of Business Leaders.
« Fructose and Sugary Beverages can increase the risk of Health Issues
Influential Leadership- Gandhi who inspired Obama, Steve Jobs, Modi, and more »
Leave a Comment
Close

Accomplished comedienne and writer Tina Fey has described the imposter phenomenon as oscillating between extreme self-doubt and egomania.
6 hours ago