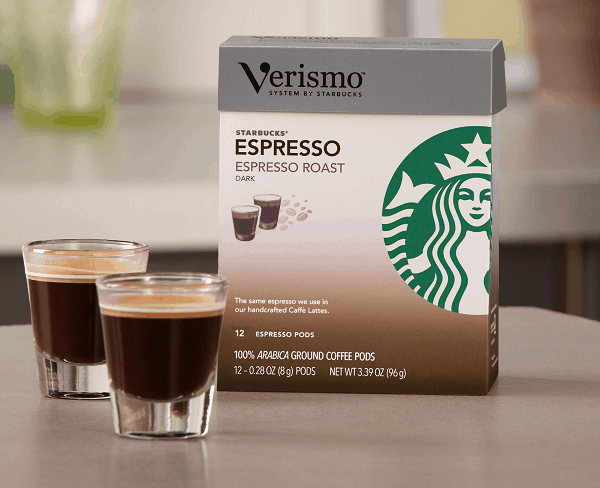 Starbucks Corp. has introduced its new single-serve brewer Verismo, which will be sold online this weekend for $199. The Starbucks Corp. Verismo machine is planned to be sold in the company’s cafés next month. The competitive prices of the Starbucks new coffee machine could be a threat to brewers from Green Mountain Coffee Roaster Inc. and Nestle SA, the dominant players in the single-serve coffee market valued at $8 billion.

The competition in the growing single-serve coffee market is intensifying, though Starbucks Corp. decided to introduced its new Verismo machine to the market.

The most important players in the single-serve coffee market are Green Mountain Coffee Rosters Inc. and Nestle SA. According to compiled data, Green Mountain’s Keurig one-cup coffee brewers control more than three-quarters of the U.S. market. In addition, Nestle SA Nespresso espresso maker holds a roughly 35 percent share globally, but mainly its share is concentrated in Europe. Nespresso costs from $130 to $700, while Green Mountain’s new Keurig Vue coffee machine is sold for approximately $250.

Starbucks Corp.’s decision to introduce its single-cup coffee maker, that will enable its consumers to make their own lattes with real milk, is another step of launching new lines of business. Yet the decision comes a year after Starbucks Corp. signed a deal with Green Mountain Coffee Rosters Inc. to produce coffee pods for Keurig machines.

As it was stated by the company, the Starbucks Corp. Verismo machine brews coffee and make espresso, while the Keurig and Nespresso are only able to make one type of coffee. Therefore, Starbucks Corp. has informed that its new coffee machine targets different customers. In addition, as it was stated by Howard Schultz, “Seventy-five percent of existing Starbucks customers do not yet own a single-cup machine, primarily because the two machines (from Nestle and Green Mountain) don’t deliver on the expectations that our customers want.”

Industry Leaders has curated details and insights on the five best electric bikes that will be available by 2022.
17 hours ago

Jeff Bezos is an American entrepreneur with so much experience in leadership and business. We can learn a lot from the New Mexico-born billionaire.
21 hours ago