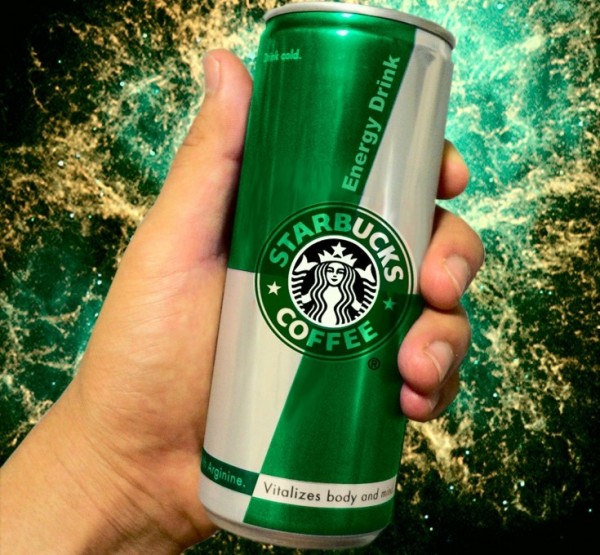 The New Energy Drink by Starbucks

Starbucks is about to bump heads into the Red Bull. Yes, Starbucks is eager to dip its influential, if not omnipresent coffee mug now into the $8 billion energy drink category. Starbucks, the world’s largest coffee chain announced at its annual meeting in Seattle that it plans to roll out in April a new line of “natural” energy drinks, Starbucks Refreshers, to be sold at grocers, convenience stores and Starbucks stores.

The New Energy Drink Out of Coffee

The carbonated and fruity drink which is high in antioxidants will make use of unroasted, green coffee extract for the energy boost, but won’t have coffee taste. This new starbucks energy drink will have flavors ranging from Raspberry Pomegranate to Strawberry Lemonade, being sold for $1.99 for a 12-ounce, 60-calorie can.

CEO Howard Schultz told 2,000 shareholders, “Starbucks is firing on all cylinders. We are now creating lots of Starbucks products to live outside of our stores.”

Starbucks brings this move when the company is barreling into the multibillion-dollar consumer product goods segment. Starbucks executives believe that the sales emerging from this segment of the business will someday match its retail stores sales. Starbucks just opened its first Evolution Fresh juicery in Bellevue, WA, with plans to roll it out at grocers nationally over the next year.

The Starbucks new product machine is in overdrive. The food and beverage industry has energy drinks as its fastest-growing niche in the beverage business, up 16% over the past year. This is a very innovative product. There is huge consumer interest in energy drinks. Some nutritionists have knocked energy drinks such as Red Bull, Monster and Rockstar for their caffeine and calories.

Each Refreshers has 40 to 55 milligrams of caffeine — two-thirds the caffeine of a shot of espresso and one-third that of an 8-ounce coffee. Red Bull rolls out Red Bull Total Zero, with no carbs, sugar or calories in April, says spokesman Paul Yoffe, who won’t comment on Starbucks. The investment is expected to create 150 new manufacturing jobs. The new roasting plant in Augusta, Georgia, will become the first company-owned and operated facility to produce VIA instant coffee and ingredients for Frappuccino.

Howard Schultz also believes that the new energy drink Starbucks Refreshers, which combines fruit juice and green coffee extract, will be sold at the US supermarkets starting from April 2012. Starbucks has decided to make the investment in the US, even though it could have saved money by doing it in low-cost overseas markets.

Starbucks also plans to sell coffee mugs made at a once-dormant factory in Ohio, starting from this summer. Starbucks has also recently opened its new Evolution Fresh juice bar chain, which serves fresh fruit and vegetable juices, near Seattle. It also plans to expand beer and wine sales in its stores this year.