Starbucks China provides a soothing respite from the slavish routine of tea-drinking.

In the land of tea, coffee continues to boost Starbucks’ financial results, reflecting the significance of the world’s largest and fastest growing market outside the U.S. where the Seattle-based chain has invested in upgrading stores, local plantation and aggressive-expansion into lower-tier cities. Starbucks China CEO, Belinda Wong, says Starbucks is opening one store in China every 15 hours.

“China grew revenues 30 percent in the first quarter, with the strategic acquisition of East China positioning us to accelerate our growth in the key China market,” said Kevin Johnson, president and CEO of Starbucks. “Today, Starbucks has two powerful, independent but complementary engines driving our global growth, the United States and China.”

Starbucks has been in East Asia for the past 19 years, but it operated in Shanghai, the country’s biggest city, as a 50 – 50 joint venture with local franchiser Uni-President Group. And now, as expansion hits full gear, the Seattle-based chain has seized the opportunity to take full ownership of these stores, acquiring the remaining 50 percent stake for roughly $1.4 billion. This is keeping in plan with Starbucks’ target of operating 5000 stores in Mainland China by 2021. The move will also counter potentially weak North American growth. 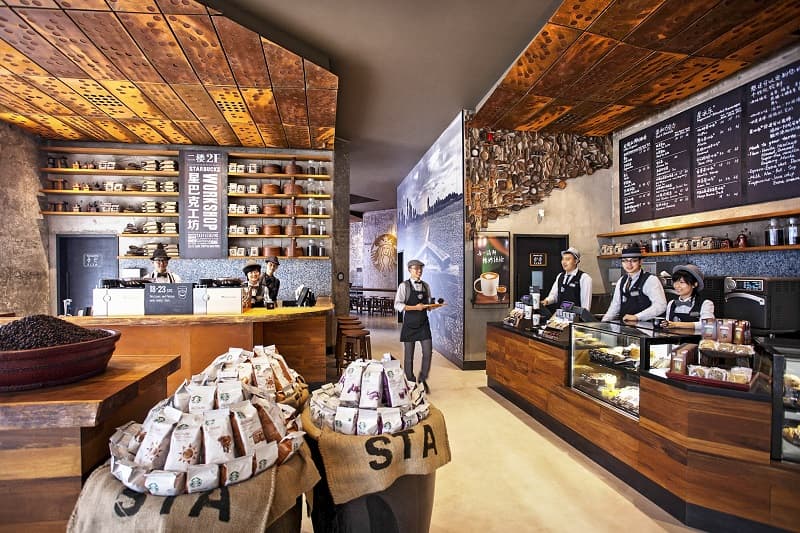 While Starbucks continues to grow in Asia, China is the Coffee Shangri-La. According to a report by the International Coffee Organization last year, production and consumption of coffee in China has been in double digits over the past few years, with consumption rising 16 percent a year over the past decade. Imports of coffee have also grown astronomically: 1.4 million bags entered the country from 2013 and 2014 compared with 418,000 from 2004 and 2005.

China’s growing middle class is bursting at its seams and is particularly attracted to brands that improve their social image. In the next couple of years, China’s middle class will double from 300 million to 600 million, which is twice the size of the entire U.S. population. While retail sales of tea still outweigh coffee, the Chinese coffee market grew several times faster than the global average last year, as the country prospers from rapid urbanization and rising incomes. 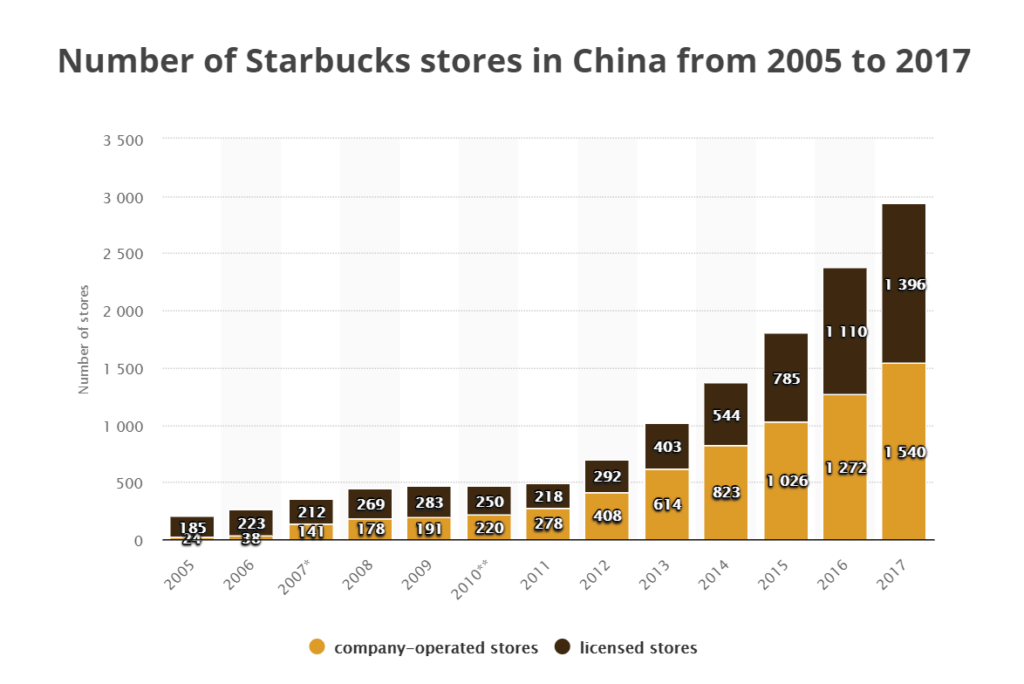 Starbucks is deeply aware that their Chinese customers are becoming more sophisticated and are constantly looking for new ways to spend on small luxuries like branded coffee and imported fresh fruit.

To elevate this experience, Starbucks decided to locate its first international roastery in Shanghai. On its opening day, the Shanghai Roastery became the highest grossing Starbucks store in the world, averaging more than double the number of transactions of their Seattle Roastery. The Shanghai Roastery will serve as the pioneer of the planned 8 coffee roasteries in Mainland China.

The International Coffee Organization estimates that Chinese coffee demand increased by 16 percent on average a year in the decade to 2013 – 2014. To put this into perspective: the global growth is about 2 percent, according to the US Department of Agriculture.

Starbucks can enjoy years of uninterrupted growth here than in any city in the world. Out of more than 3,200 stores across 90 cities in China, 600 stores are in Shanghai, the highest number of Starbucks in any city in the world. That’s right: it’s the highest number than in New York, London, Paris, or elsewhere. Starbucks is serving more than 5 million customers per week in China.

Starbucks Marketing, With a Splash of Tech

The success is partly because Starbucks has factored in Chinese social dynamics and expectations. Chinese consumers who used to prefer tea or instant coffee at home have demonstrated a likeness towards Starbucks’ Chinese tea, icy dumplings, and BBQ pork buns.

The Seattle-based coffee chain has invested heavily to build a digital service for Chinese customers, which integrates its in-store experience with Chinese tech platforms. On Weibo, China’s biggest social media network, Starbucks China is often not promoting ‘traditional’ coffee products we expect in the West. For instance, it promotes a range of brightly colored and Chinese styled graphics emphasized products. 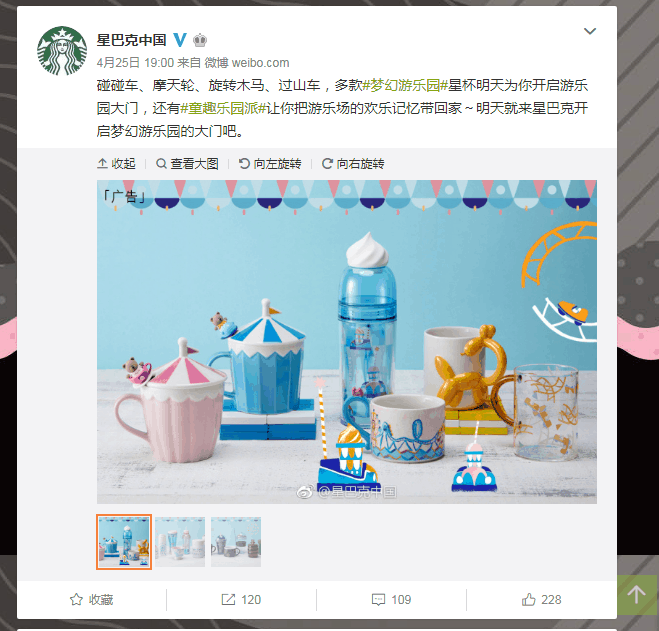 On WeChat, which has over 500 million users in China, people can send their friends Starbucks’ coffees or gift certificates. Starbucks is the first retail brand in China to use a social gifting feature through Weixin or WeChat.

All said and done, Starbucks’ presence in China is also triggering domestic entrants. China’s coffee brand, Lukin Coffee, is now preparing an anti-trust suit against the Seattle-based chain. It has accused Starbucks of monopolizing the market and pushing out other coffee shops out of prime locations and pressuring industry suppliers.

In an open letter to Starbucks, Lukin Coffee pointed out that Starbucks has signed exclusive contracts with many property owners in China. In addition, some of China’s top suppliers have been asked to stop supplying products to Lukin Coffee. 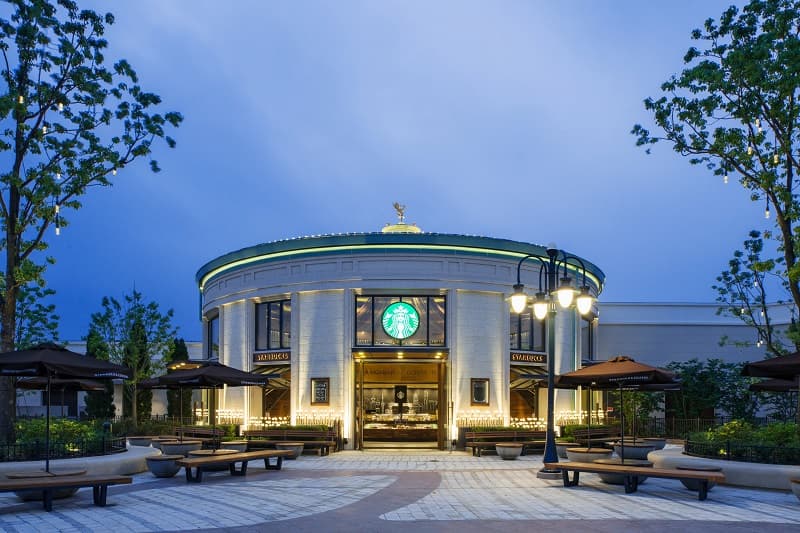 Starbucks isn’t the only international player cashing in on the rising consumption capacity of the growing middle-class and high-income group. British coffeehouse company Costa Coffee has also been expanding in Mainland China and has over 400 stores.

China, a new haven for coffee drinkers is still far below many European nations and the U.S. in coffee drinking. Nevertheless, it is moving up the ranks because of the rising popularity of specialist coffee shops that primarily focus on serving coffee. Starbucks bets are looking smart.

Anna Domanska
Anna Domanska is an Industry Leaders Magazine author possessing wide-range of knowledge for Business News. She is an avid reader and writer of Business and CEO Magazines and a rigorous follower of Business Leaders.
« A Preview of the 2019 Aston Martin DBS
George Soros (Re)Instills Faith in Tesla, Buys Bonds worth $35m »
Leave a Comment
Close