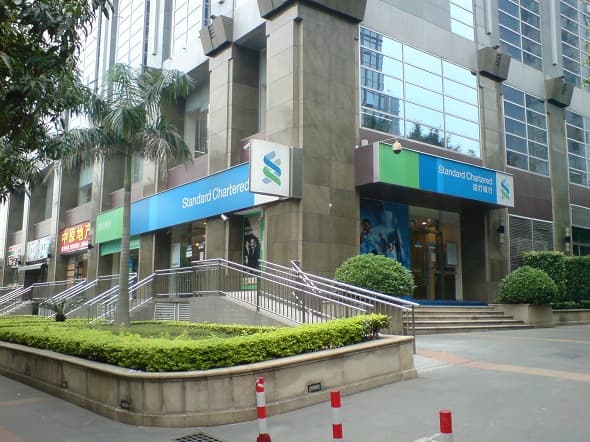 British multinational banking and financial services company Standard Chartered PLC will pay a $300 million (180.52 million pounds) fine and suspend or restrict some essential businesses in the wake of neglecting to get rid of suspicious transactions that could potentially be linked to money laundering.

In 2012 revealed deficiencies in the bank’s surveillance systems that brought about a critical number of possibly suspicious transactions to go undetected, as indicated by a consent order signed by Peter Sands, Standard Chartered’s CEO.

“If a bank fails to live up to its commitments, there should be consequences,” Lawsky said in a statement. “That is particularly true in an area as serious as anti-money-laundering compliance, which is vital to helping prevent terrorism and vile human rights abuses.”

The most recent settlement calls for Standard Chartered’s New York branch to suspend the handling of dollar-designated payments, known as dollar clearing, for high-risk business customers at its Hong Kong unit.

Standard Chartered will additionally end high-chance SME customer relationships in the United Arab Emirates, and get permit from Lawsky’s office before opening U.S. dollar-clearing records for new customers. It will likewise hold a monitor for the coming two years.

In an announcement, Standard Chartered said it acknowledges obligation regrets over the deficiencies in it’s against anti-money laundering surveillance system in New York, and is resolved to alter the issues with most extreme criticalness.

It additionally said it remains completely dedicated to the Hong Kong and UAE markets, and that the dominant part of its customers and organizations, and also its U.S. licenses, are unaffected. The London-bank profits the most in Asia, Africa and the Middle East. Standard Chartered PLC’s monitor is Ellen Zimiles, a Navigant Consulting Inc managing director and former government prosecutor.

Standard Chartered’s prior settlement with Lawsky settled charges that it disguised an expected $250 billion of transactions interfaced to Iran, abusing U.S. sanctions.