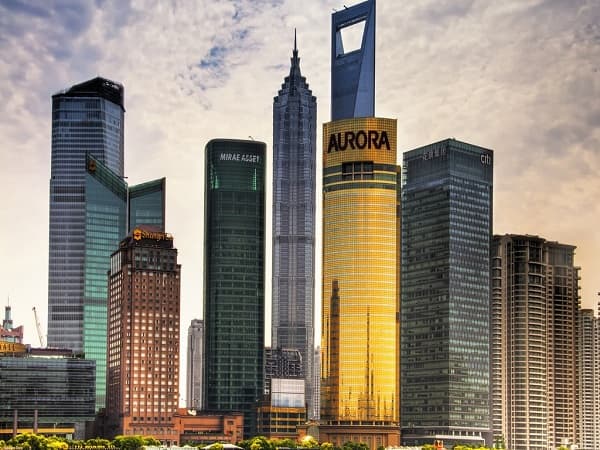 For the first time in eight months there are signs of slow stabilization on the Chinese real estate market. After eight months of decline China’s home prices were stabilized in June. The stabilization is a result of pro-growth government economic policies and reforms.

The National Bureau of Statistics has recently published the data revealing Q2 GDP growth of 7.6 percent from a year ago, which is considered the slowest expansion in more than three years.  The statistics bureau’s month-on-month data showed that real estate market in two main cities in China, Beijing and Shanghai, have noted the increase of home prices. Accordingly, Beijing’s gained 0.3 percent while Shanghai’s rose 0.2 percent. However, it is essential to underline that the Beijing as well as Shanghai noted price drops of 1 percent and 1.5 percent, respectively.

In turn, home prices nationwide were down 1.5 percent in June on a year earlier, according to the data.

However Ma Xiaoming, a senior statistician at the National Bureau of Statistics, said: “With home transactions rising, home prices in some cities have seen a month-on-month increase.” Shanghai and Guangzhou had a month-on-month gain of 0.2 percent, thus it was the first price increase since June last year. New home prices decreased in 57 cities in June, versus 54 in May.

Certainly, the aforementioned data could be used as evidence confirming a clear trend since the beginning of 2012 that a declining number of the 70 cities, which were analyzed by the National Bureau of Statistics, have seen continuous home price falls.

The newest data regarding the China’s home prices says that we can expect a 1.4 percent decrease in house price for the first half of 2012 and a gain of 2.5 percent in the second half.

Chinese authorities will do their best to underwrite the future of the real estate market to insure the increase in the growth in the second half of the 2012. Therefore China has made the decision regarding cutting benchmark interest rates twice in the space of a month and allowing banks to additional discount borrowing costs. Those steps not only made it easier for common people to buy homes, so that property sales have increased. However the property speculation was put into effect.

Owning a house is believed to be one of the most essential needs of any single human being. Unfortunately home prices in China are too high and they still remain beyond the reach of middle-class families in general.  Chinese authorities are well aware of the problem; thereby China’s Premier Wen Jiabao has constantly guaranteed to pull the price down to a “reasonable level.”

Currently there is a noticeable trend of the growth on the real estate market; it started in June for the first time in eight months. So Tao Wang’s predictions regarding the real estate market in China are coming true; Wang said: “We continue to hold the view that property investment will slow sharply but will not collapse in 2012.”

Anna Domanska
Anna Domanska is an Industry Leaders Magazine author possessing wide-range of knowledge for Business News. She is an avid reader and writer of Business and CEO Magazines and a rigorous follower of Business Leaders.
« Shell Delays Arctic Drilling Due to Technical Setback
Japan Airlines Co. relisted; the 2nd largest IPO of 2012 »
Leave a Comment
Close