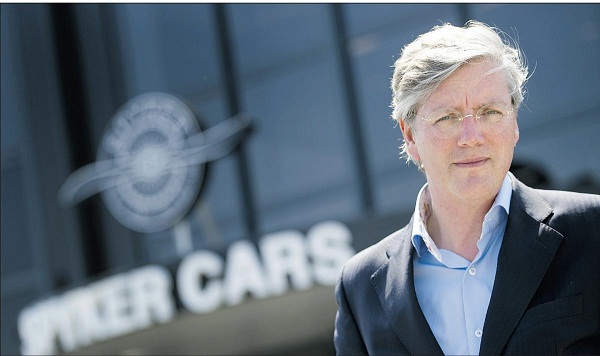 Spyker, the Dutch automaker, bought Saab from General Motors in 2010. These days Spyker is suing General Motors for $3 billion (24 billion euro). General Motor’s action are said to have led directly to Swedish Saab’s bankruptcy in 2011.American car giant is accused of deliberately bankrupting Spyker by blocking its deal with a Chinese investor. General Motor was aware that Spyker was the under-capitalized buyer when it closed the deal in 2010. Spyker tried to save Saab by bringing a Chinese partner in. However General Motor objected, underlying that this contract would jeopardize its leading position in China.

In May 2011 Saab Automobile stopped auto production after not being able to pay suppliers and employees. It filed for bankruptcy few month s later, in December 2011. However Saab tried to find founds in China. All attempts of raising funds were strongly opposed by General Motor, which had owned Saab. The Chinese deal was not finalized because American giant refused to transfer essential patents. Youngman, a Chinese automaker, had been interested in buying Saab and tried to purchase it before it filed for bankruptcy. According to Victor Muller, Spyker’s chief executive, “GM took all the steps to prevent us to make a deal with Youngman.” Muller added that “it was evident that General Motors has deliberately pushed Saab over the cliff.”

On Monday, Spyker sued General Motors for $3 billion in damages “for the unlawful actions GM took to avoid competition with Saab Automobile in the Chinese market.” According to Spyker, “GM’s actions had the direct and intended objective of driving Saab Automobile into bankruptcy, a result of GM’s tortiously interfering with a transaction between Saab Automobile, Spyker and Chinese investor Youngman that would have permitted Saab Automobile to restructure and remain a solvent, going concern.” In the complaint, which was filed in Federal District Court for the Eastern District of Michigan, Spyker stated: “G.M. never intended to allow Saab to compete with it in China.” Moreover Spyker added: “When Saab found a way to secure liquidity and continue as a going concern with the help of Chinese investors, G.M. was determined to scuttle the deal by any means necessary.”

General Motor, a Detroit-based automaker, informed that its lawyers “would review the lawsuit and respond in due course.” Dave Roman, GM’s spokesman, stated: “We have reviewed the complaint, and it is completely without merit. We will vigorously defend the company against these baseless allegations.”

The question of success

General Motors is doing just fine in China. The American automaker giant informed that its joint ventures in China sold a record199,503 vehicles in July. It is a 15.1 percent jump compared to the result form the last year’s single month’s record.

However Spyker feels unjust. The Swedish automaker believes that the lawsuit against General Motor will be a success, “90 percent of its proceeds would go to Spyker.” A $3 billion would be an enough compensation representing the value Saab would have had, if the deal with Youngman had been finalized. Muller said: “Any money that goes into Saab will be considered Saab’s assets and might be distributed to the company’s creditors.” Saab was sold for $400 million by General Motor in 2010.

However there are high hopes in Spyker, analysts say it will be very difficult to prove that General Motor’s actions were basic reasons of Saab’s bankruptcy. According to Anthony Sabino, a professor at the New York-based Saint John’s University’s Peter J. Tobin College of Business, “Frankly, GM can easily defend itself by just saying ‘look at the economy, look at the recession, look at Saab’s sales figures’. All GM has to do is demonstrate one other good reason for Saab seeking bankruptcy protection.”