The new unlimited plan is available only to customers who have purchased the iPhone 6 or 6 Plus without contract under a new “iPhone for Life Plan.”

Sprint Corp. is looking to the iPhone 6 for a marketing edge in the industry’s intensifying battle for wireless subscribers.

While Apple unveiled its new smart phones in California, the wireless carrier was at Super Mobility Week to unveil a $50 unlimited talk, text and LTE data plan that will be rolled out specifically for iPhone 6 and iPhone 6 Plus buyers.

The first is a $50 a month plan that provides unlimited data for the new 4.7-inch iPhone 6 and 5.5-inch iPhone 6 Plus customers. The plan is cheaper than the carrier’s own recently announced $60 unlimited talk, text and 4G data deal available for any model phone. That plan was introduced a few weeks ago to undercut a similar $20 offering made by T-Mobile.

Ryan Sullivan, Sprint VP of product engineering and development, called the plan “the best value in wireless” and part of the carrier’s repositioning into the industry’s “value brand.” 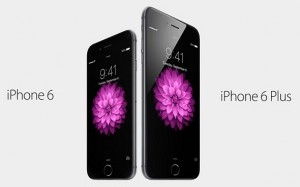 The iPhone 6 and iPhone 6 Plus

The new unlimited plan is available only to customers who have purchased the iPhone 6 or 6 Plus without contract under a new “iPhone for Life Plan.” The deal essentially offers to lease the latest iPhone to subscribers for $20 a month. At the end of two years the deal enables consumers to trade in their new iPhone for a new model and keep paying the $20 a month. For the 16GB iPhone 6, monthly leases start at $20/month for 24 months, and would cost a total of $70/month when combined with the service plan. Consumers can pay the monthly price for 24 months, then upgrade to a new iPhone that they would lease. Alternatively, the customer could choose to buy the iPhone by paying off the difference between the unsubsidized phone’s suggested retail and the amount of the 24 lease payments that they made.

The existing subscribers will be eligible for a phone upgrade and the lease program is available to new subscribers only. The new iPhones are the wireless carrier’s first iPhones with Sprint Spark tri-band LTE technology to expedite data speeds and network capacity. Sprint will mainly endorse the iPhones in conjunction with the new service and lease plans starting with the phones launch.

Sprint plans to promote the phones and deals through social media and broadcast. The carrier will also launch in-store collateral in its own stores and Sprint-branded stores owned by independent retailers. After that the collateral will roll to other retailers.

The new iPhones will also be available with a traditional two-year wireless contract at prices starting at $199 to $399 for the iPhone 6 and the 6 Plus will be priced at $299 to $499. The devices will come in silver, space gray, gold colors and will support Wi-Fi calling and VoLTE (Voice over LTE) if implemented by carriers.