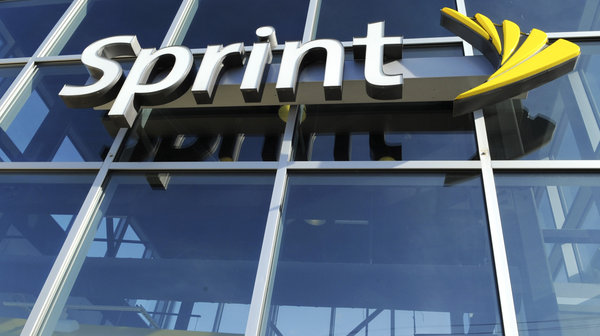 After struggling with deep losses and a debt load for half of a decade Sprint Nextel Corp. has found its lifeline. The company has announced that it is in negotiations with SoftBank Corp., the Japanese cellphone company. The Japanese company also confirmed that it considered making a substantial investment in the No. 3 U.S. carrier. The possible takeover could turn around Sprint Nextel Corp. as the company has also been affected by the latest wireless consolidation.

According to a source familiar with the matter, the Sprint Nextel – SoftBank talks, which began this summer, regard taking a stake of approximately 75 percent and providing capital for necessary investments. SoftBank Corp., the Japanese telecommunications company, is to pay roughly $19 billion for the stake in Sprint Nextel Corp.  The Sprint Nextel – SoftBank talks began just a week after Deutsche Telekom, the parent of T-Mobile USA, informed about a reverse takeover of MetroPCS, a small company in cellphone service.

The No. 3 U.S. carrier provided only few details on the Sprint Nextel – SoftBank talks. As it was stated by the company based in the Overland Park, Kan., “Although there can be no assurances that these discussions will result in any transaction or on what terms any transaction may occur, such a transaction could involve a change of control of Sprint. Sprint does not intend to comment further unless and until an agreement is reached.”

The SoftBank Corp.’s investment would certainly give Sprint Nextel Corp. money to speed up building its next-generation wireless network, 4G LTE network.  In September, the No. 3 US carrier, Sprint Nextel Corp., informed that it had launched the network in 24 cities and it planned to launch it in over 100 cities. Furthermore, it is speculated that after the takeover, Sprint Nextel Corp. could acquire other carriers in the market. The combined entity would consider other deals, including a takeover of Clearwire Corp. which is a wireless provider and one of its significant stakeholders is actually Sprint Nextel Corp.

The takeover of Sprint Nextel Corp. would probably have no problems obtaining approvals of the Federal Communications Commission and other agencies, which are increasingly leery of Verizon‘s and AT&T‘s positions in a wireless space, according to Jeffrey Silva, a senior policy director of telecommunications at Medley Global Advisors.

However there are some potential hurdles to the takeover of the No. 3 U.S. carrier, including convincing Sprint Nextel Corp.’s shareholders as well as resolving a rocky relationship between the company and its partner, Clearwire Corp. But the Sprint Nextel – SoftBank talks have the potential to reshape the U.S. wireless market; if the combined entity is created, it will certainly be a competitor of Verizon Wireless and AT&T Inc.

Yet some analysts expressed surprised at the possible takeover of Sprint Nextel Corp. as there had been information on the possibility of acquiring other U.S. cellphone companies by the No.3 carrier. According to them, the acquisition by SoftBank Corp. would not help Sprint Nextel Corp. improve its position in the U.S. wireless market.

In addition, the company has about $21 billion in long-term debt. It has involved in building a new network and it also signed a long-term contract to purchase roughly $15.5 billion worth of  Apple Inc.’s iPhones.

The company believes that new combined entity would improve its position in the market and improve its own technology to lure more potential customers. The acquisition of Sprint Nextel Corp. would give SoftBank Corp. a significant presence at the U.S. wireless market.