A while ago Sprint and T-Mobile had publicly expressed their interest on a possible acquisition, and according to a recent report that deal is said to be nearing an agreement, Sprint would acquire T-Mobile for around $40 a share in a mega deal valued around $32 billion. 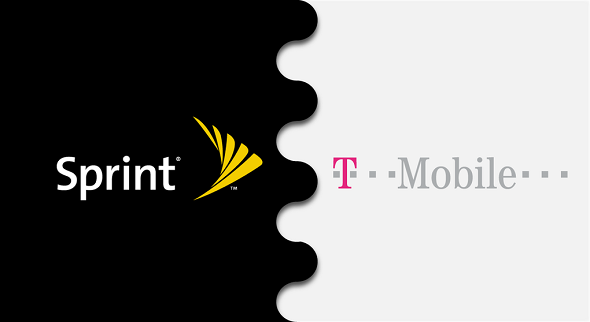 Sprint will offer about 50 percent stock and 50 percent cash for the carrier, leaving T-Mobile USA’s parent company, Deutsche Telekom AG with about a 15 percent stake in the combined company. Also both sides are nearing an agreement in case the deal falls through. Sprint wants to pay T-Mobile $1 billion as termination or breakup fee, while Deutsche Telekom has pushed for closer to $3 billion. The companies haven’t set an announcement date yet, but if the negotiations go according to plan, the deal should be announced in July.

The dealmakers must still overcome the regulatory hurdles in the way, it has to be approved by the

Federal Communications Commission who are unwilling to go from four major carriers down to three. The deal would combine the country’s third- and fourth-largest wireless carriers, creating a huge competitor to market leaders AT&T and Verizon Communications.

Founder of Japan-based SoftBank, billionaire Masayoshi Son who owns 80 percent of Sprint has been pitching the deal as advantageous to consumers in both wireless and Internet service. He is trying to develop Sprint as consolidation increases across the communications industry.

Earlier this year, Verizon closed a deal to acquire Vodafone Group’s stake in their wireless venture for $130 billion. Comcast and Time Warner Cable have also announced a merger, and AT&T plans to buy out satellite-TV operator DirecTV for $48.5 billion.

By expanding so expeditiously Sprint will be building a company with a substantial amount of debt. Jointly, the two companies carry nearly $54 billion in long-term debt as of March 31, according to regulatory filings. T-Mobile has about $5.5 billion in cash and nearly $14.5 billion of debt.

Additionally, the companies plan to develop a model that forecasts Sprint and T-Mobile’s futures independently and together. The reckonings are crucial to assure regulators that allowing a merger is in consumers’ best interests. Son is confident that the deal will go through, especially with AT&T’s acquisition of DirecTV. He apparently has some big plans for an enterprising strategy to compete with the two biggest carriers in the country, which could finally give AT&T and Verizon some heavy competition.

Anna Domanska
Anna Domanska is an Industry Leaders Magazine author possessing wide-range of knowledge for Business News. She is an avid reader and writer of Business and CEO Magazines and a rigorous follower of Business Leaders.
« Internet of Things to be a $7 Trillion Industry by 2020
Muscular, Dynamic & Sleek: All New 2015 BMW X6 Leaked HD Images »
Leave a Comment
Close