Sprint will pay the state of New York a record settlement of $330 million for failing to collect over $100 million in sales taxes from its customers for almost a decade, the New York Attorney General Barbara D. Underwood announced on Friday in a press release.

The state in 2012 sued Sprint, with claims that the telecommunications company had failed to collect and remit more than $100 million in sales taxes on its flat-rate calling subscriptions for seven years. The suit also alleged that the cellular provider had filed false statements and records to the state so as to reduce its products prices. Sprint immediately denied the claims, saying the allegations were “without merit,” vowing to “stand up for New York consumers’ rights and fight” the suit.

According to the Office of the New York Attorney General, the $330 million settlement is the “largest-ever recovery by a single state in an action brought under a state false claims act.” Sprint did not only harm the state by failing to comply with its tax law but local communities that largely depend on sales tax to generate revenue.

The state’s local municipalities affected have already received a distribution of a “substantial portion” of the $330 million settlement, says the Attorney General’s Office, without specifying amounts distributed and the municipalities. 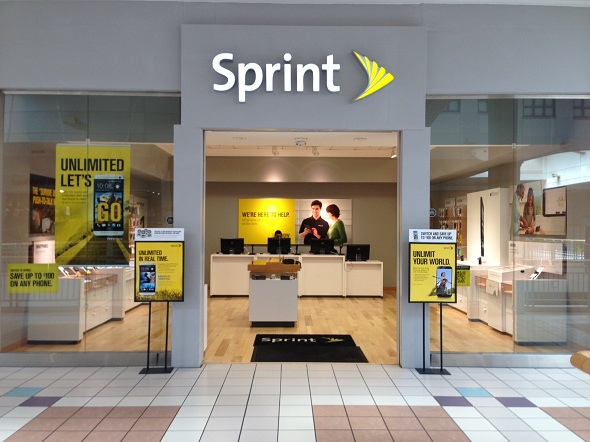 Engadget reports that the wireless carrier says its “pleased with the settlement” despite disagreeing with the State’s portrayal of events. “We believe resolving this matter is in the best interest of the company,” said a Sprint’s spokesperson.

A whistleblower, Empire State Ventures, LLC, in March 2011 triggered the long-running lawsuit filed in Manhattan Supreme Court after filing a lawsuit against Sprint under New York’s False Claims Act, which allows governments and whistleblowers to sue for damage recoveries from organizations or persons that have defrauded the government.

According to the law firm representing the whistleblower, Menz Bonner Komar & Koenigsberg LLP, Sprint failed to collect sales taxes on its flat-rate cellular subscriptions in 2005. Following the lawsuit, the state’s Department of Taxation & Finance and Attorney General’s Office embarked on an investigation which found that the telecommunications company had failed to properly collect sales tax on the said subscriptions.

The state’s 2002 tax law mandates cellular providers to collect sales tax on every plan with fixed period sold without considering the calls destinations: international, interstate or intrastate. That means if a carrier sold a plan for $30 a month, a standard tax will be paid regardless of where the calls were made.

The whistleblower [Empire State Ventures, LLC] will receive $62.7 million for helping with the case, says Underwood.

Sprint will pay three times the defrauded amount plus extra fees for deliberately understating the amount of sales tax, depriving New York State communities of revenue needed for important services, and violating the trust of its customers.

Anna Domanska
Anna Domanska is an Industry Leaders Magazine author possessing wide-range of knowledge for Business News. She is an avid reader and writer of Business and CEO Magazines and a rigorous follower of Business Leaders.
« SoftBank’s Vision Fund prepares to invest $1 billion in Grab
Amazon and Walmart could struggle with new e-commerce ruling in India »
Leave a Comment
Close