Swedish streaming music startup Spotify is recruiting a US Financial Reporting Specialist. Bankers and lawyers have inferred it as a sign of groundwork for a 2015 Initial Public Offering. Analysts have said the IPO could value the company at as much as $7 billion to $7 billion.

Rumors branch from Spotify’s job advert posted for an ‘External Reporting Specialist’ on its website as well as LinkedIn. It stated that successful candidate is required to prepare the company for SEC (US Securities and Exchange Commission) filing standards and set up all reports necessary to be SEC Compliant. 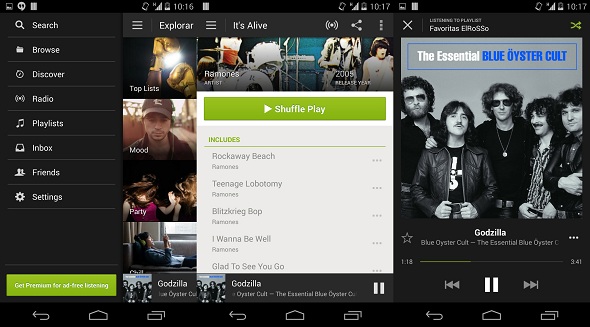 Spotify has over 20 million users of which 5 million pay a monthly subscription fee that varies based on the users location.

Launched in 2008, Spotify which is based on Stockholm, Sweden provides online streaming content to its users by licensing music from SONY, EMI, Warner Music Group and Universal. The service quickly expanded due to its popularity and now has over 20 million users of which 5 million pay a monthly subscription fee that varies based on the users location.

Last year in November, Spotify raised $250 million in a funding round, making it one of the world’s most richly capitalized startup. Early investors in Spotify include Nordic venture capital firms Northzone and Creandum. Sean Parker’s Founders Fund, Kleiner Perkins, Digital Sky Technologies, Accel Partners and Goldman Sachs joined in later financing rounds. Technology Crossover Ventures led the most recent $250 million funding round, which helped the Swedish music service bolster its U.S. business, which trails services such as Pandora Media, and launch in other countries.

The fundraising move had been interpreted by bankers and analysts as a step into focusing on further expansion so that it could go to the market with a flotation in the coming year.

During corporate filings in 2012 in Luxembourg where Spotify registered, it showed that the company has more than doubled the revenue that year to 435 million Euros ($ 571 million) but had a net loss of 58.7 million Euros.

Competitor Pandora went public in 2011 with shares having nearly tripled in the past year. It reported a higher revenue and profit for the quarter ending in December, but said costs to expand its audience were rising.

Anna Domanska
Anna Domanska is an Industry Leaders Magazine author possessing wide-range of knowledge for Business News. She is an avid reader and writer of Business and CEO Magazines and a rigorous follower of Business Leaders.
« Nike To Release Self-Trying Shoes ‘Power Laces’ in 2015
Robotic EcoMow Cut Dependence on Fossil Fuels »
Leave a Comment
Close