Spotify Files To Go Public In The U.S.

Music streaming service provider, Spotify has on Wednesday filed for a direct listing of its shares to the public.

The filing by Spotify is considered as “an unusual path to the U.S. public markets” by Reuters since it has not raised new capital or hired brokers to scrutinize offerings when the company goes on a direct listing where employees and investors are allowed to sell shares.

Spotify will start to trade as SPOT on the New York Stock Exchange (NYSE) if the filing pulls through. And with their shares hovering between $90 and 132.50 on private market trading, the company’s valuation would be as high as $23 billion on the high scale. This valuation is only an estimation based on the private market, and for now, it remains the closest experts could predict since Spotify did not specify any listing price.

Globally, Spotify is the leading company in music streaming services, followed by Apple Music which has 36 million subscribers. As of January 2018, reports from Spotify show that the company has over 159 million monthly active users and 70 million paying subscribers in 61 countries where its service is available. 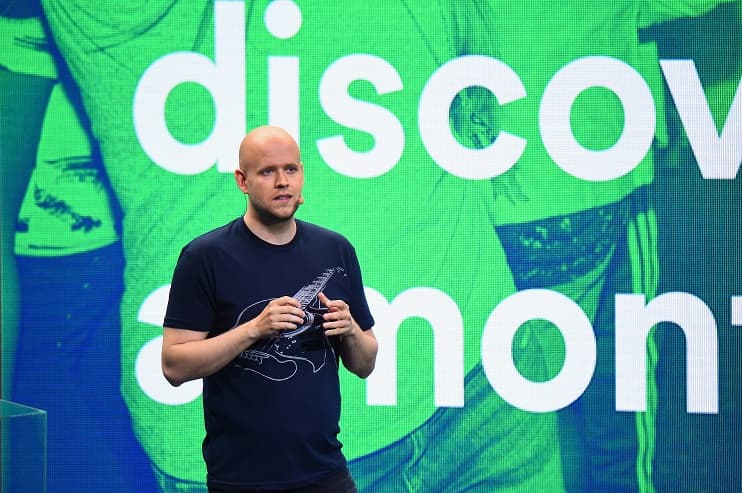 Spotify’s business model makes it prone to a lot of challenges, some of which the company is still facing. They include the risk of unstable royalty rates it pays to songwriters, publishers and music labels. Subscription for Spotify’s premium costs $9.99 a month, but the company believes that its advert supported service has great potential.

“With our ad-supported service, we believe there is a large opportunity to grow users and gain market share from traditional terrestrial radio,” it said.

Since March 2014, Spotify has acquired about eight (8) tech and music-oriented companies to improve its quality of service as the company aims to reach the height of Facebook in terms of service users. “We believe the universality of music gives us the opportunity to reach many of the over 3.6 billion internet users globally,” the company said.

As expected from a conventional initial public offering, the direct listing will not dilute ownership. It will increase flexibility to existing shareowners by nullifying any freeze period restricting them from putting up their shares for sale prior to the listing, and will also save millions of dollars that would have been sucked by underwriting fees.

Spotify shares will be volatile when it goes public for using direct listing and boycotting underwriting services which provide price stability for a new listing. Allen & Company, Morgan Stanley, and Goldman Sachs are the financial services firms working with Spotify on the offering.

Anna Domanska
Anna Domanska is an Industry Leaders Magazine author possessing wide-range of knowledge for Business News. She is an avid reader and writer of Business and CEO Magazines and a rigorous follower of Business Leaders.
« A Hoppy Bread Beer is an Actual Thing!
Porsche’s Mission E Will Charge 250 Miles In 15 Min »
Leave a Comment
Close