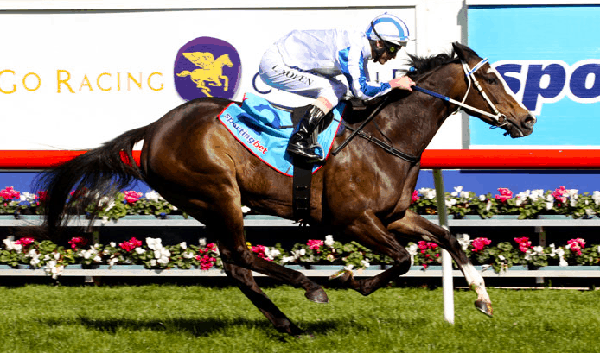 William Hill and its partner in the joint venture, GVC Holdings, previously had offered 52.6 pence per share back in the September. A £350 million takeover offer, however, was turned down by Sportingbet’s board. The board believed that the initial offer was undervaluing the company and its prospects as well. The company, which was founded back in 1997, currently has over 700,000 active customers in 26 markets.

On the 16th of October, Sportingbet, which offers sports betting as well as casino bets, informed that it would work with William Hill and European gaming company GVC Holdings, toward a takeover offer, which if made, would be unanimously recommended to its shareholders. As it was stated, “Subject to reaching agreement upon its detailed terms and conditions, the board of Sportingbet has confirmed to William Hill and GVC Holdings that if such an offer were to be made, the board of Sportingbet would expect to unanimously recommend it to Sportingbet shareholders.”

Initially William Hill and GVC Holdings had been required to make an announcement on the takeover offer for Sportingbet by 5pm October 15, however the Takeover Panel did extend the deadline to 5pm November 13.

The revised takeover offer, which includes other assets like bonds, values Sportingbet at approximately £530 million. The current offer is a subject to various terms and conditions. Moreover, it has to be approved by Sportingbet’s board. In addition, the current takeover offer also includes “mix and match” facility, whereby Sportingbet Plc’s shareholders will have the opportunity to apply to receive proportionally either more cash or more shares.

Sportingbet PLC, the Guernsey-based gaming company, was founded by Mark Blandford. It was Blandford who decided to floated the company in 2001. Certainly the Sportingbet is a tidbit for investors and companies with the knowledge of the market as it is now the largest online sports betting provider in couple of countries, inter alia, Australia, Spain and Greece.  In addition, the company’s sports betting offerings covers as many as 31 sports in Europe, America and Asia. Football is the most popular product of Sportingbet as the company covers approximately 500 football leagues worldwide.

The takeover of Sportingbet would be probably thought the way allowing William Hill and GVC Holdings to get what they are really interested in. William Hills, which has approximately 2,300 betting shops and accounts for around a one-third of the market, wants to acquire the Australian, Spanish and certain other locally licensed businesses of Springfield. As it has been noted by analysts, William Hill is vitally interested in expanding overseas.