Spinning it for The Green Revolution: Make your Sweat Matter 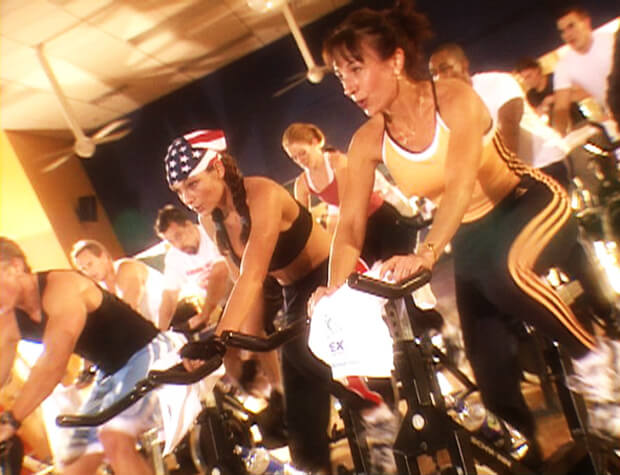 Make your spin matter more each time you power on with The Green Revolution!

If you’re a spin enthusiast, you have almost certainly gone through the stats on how much energy you burn for your every 40-minute session. And just as definitely, the more energy you burn, the more awesome you feel at the end of your spin class.

The Green Revolution lets you double your feel-good factor by letting you work out on a bike that generates electricity as you power on.

Lighting up homes by staying fit?? We’re all up for it.

The Spin that cares

So what The Green Revolution does is uniquely deliver a solution that improves the environment while promoting health through fitness. An absolute win-win all around

According to Jay Whelan, founder and CEO of The Green Revolution, an average household needs approximately 600 kilowatts of electricity for its annual needs. Consider this is light of the fact that a group cycling class of 20 spin bikes, if it operates four classes a day, would be able to produce 600 kilowatts of electricity from the human effort that is spent in cycling in just two months.

Seems brilliant right? And so simple! Why isn’t it being done already?

Curnyn, co-founder of The Green Revolution said in a statement, “Some people have already invented a similar kind of prototype but for personal use; we’re taking it to a large scale.”

And this up-scaling of technology is where the real difference will come in: in terms of global awareness of the technology and of course also in terms of the use of it in creating more “green fitness enthusiasts” who literally make their sweat work towards saving the environment a little bit more everyday.

Jay Whelan came up with the idea in 2008 while using cardio machines for rehab after an injury. What a waste of energy, he said to himself. And now, with The Green Revolution, the amount of energy produced by  a cyclist pedalling alone for an hour is enough to power two laptop computers.

Some gyms across North America – such as the New York Sports Club and the Ridgefield Fitness Club –already have spin studios that put The Green Revolution into practice, allowing the fitness buffs using these classes to generate energy and reduce their carbon footprint while working out.

These cycling studios are equipped with around 20 indoor cycles, all of which are attached to the electrical grid. This allows a maximized use of the energy generated by way of.

Moreover, any excess power generated can be stored for other uses.

In real terms, the estimated cost to adapt a bike with The Green Revolution technology is about US$750. So for an entire spin studio of about 20 bikes, fitness clubs would need to invest nearly US$15,000, which might not be easy.

But Curnyn, co-founder of The Green Revolution is convinced that given the kind of power-savings these gyms would start seeing on implementing the technology, the cost of adapting bikes will soon seem worth it.