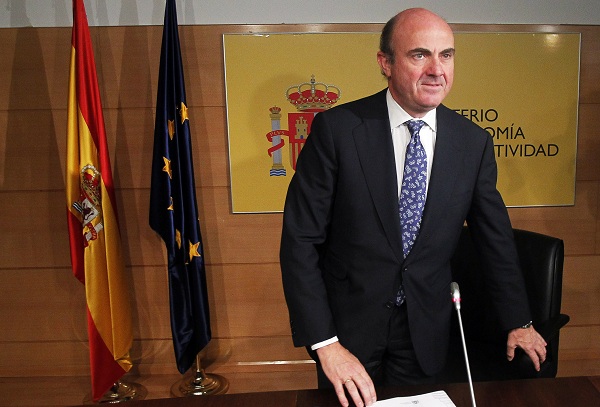 The Spanish financial system seems to be sinking deeper and deeper into recession even as depositors have begun to pull out their money from banks in Spain. On the other hand, reports published on Tuesday indicated that Catalonia, the most financially significant area of the country, was in need of a major European rescue package from the capital city of Madrid.

The recession in the country strengthened its hold during the second quarter of the year and is predicted to become even worse as austerity measures set up in response to the ongoing debt crisis in the eurozone cut into the requirement for services and goods.

The month of July witnessed a rush among firms and consumers to take out their assets from banks in Spain while the deposits in the private sector saw a drop of almost 5 percent to $1.896 trillion or £1.20 trillion or 1.509 trillion euros by the close of July which was considerably lower than the 1.583 trillion euros reached even a month earlier.

Market analysts hold the opinion that before long the Spanish financial system will attain a point where the country is likely going to have to ask for a European rescue package so that it can reduce the burden of its debt as austerity measures which were initially designed with the purpose of decreasing the public deficit now push the financial system of the country deeper into the throes of recession.

Some economists feel that with increased fiscal austerity on the cards and the rate of unemployment touching astronomic highs, all signs point to the hazards of facing a lengthier period of recession. Spain is expected to ask for external financing on a formal level in the period between mid-September to October. The country has already been in negotiations for about 100 billion euros earlier to aid the ailing banks in Spain.

Spain had to deal with greater troubles because of the current situation brewing in Catalonia. Catalonia situated in the north-eastern part of the country corresponds to almost a fifth of Spanish financial system. The region is said to be in urgent want of a rescue amounting to 5 billion euros from the central government so that it can handle its debt costs and financing needs for this year.

Herman Van Rompuy, the President of the European Council, declared that it depended on Spain whether the country would apply for further European rescue package or not. He made the announcement following his meeting with Mariano Rajoy, the Prime Minister, in Madrid. Rajoy claimed that he required more details from the European Central Bank before he could decide on helping the banks in Spain. The meeting took place just a week prior to the discussion being hosted by the European Central Bank to come up with new measures so that the European nations worst affected by the crisis would get some assistance with their debt charges.

The Spanish financial system has been trying to cope with the gradual descent into recession because of the global economic crisis that took place about five years ago.

Neslon admitted that gasoline, travel, food courts, and business centers performed exceptionally well, adding to the overall profits. The retailer hit an all-time high when it came
18 mins ago

Musk has been critical of Twitter’s free speech policies as he believes the social media giant is “the de facto public town square.” When the Elon Musk Twitter deal was annou
18 mins ago