Spain to Analyse Conditions Laid Down by ECB 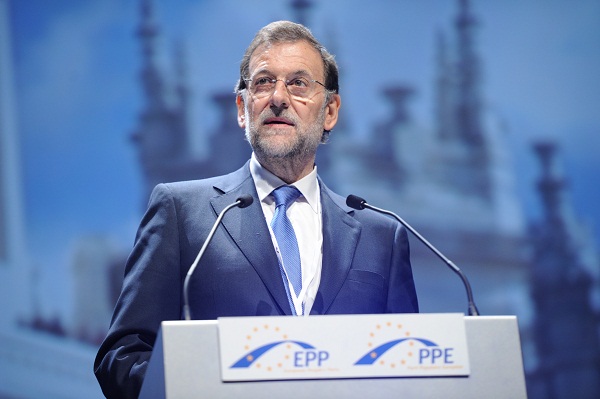 Mariano Rajoy claimed on Thursday that he had not entered any kind of discussions with Angela Merkel regarding the fact whether Madrid should make use of the new bond-buying policy introduced by the European Central Bank.

The Prime Minister of Spain joined the German Chancellor, Angela Merkel, after the completion of a bilateral conference held in Madrid. Merkel was then hosting a press conference which coincidentally occurred at about the same time that Mario Draghi, the chief of the European Central Bank, made the announcement on the policy of new bond purchases. Draghi holds the belief that this new policy will be put through rigorous and effective conditions of ECB plan for the benefit of the recipient nations.

Mariano Rajoy has never made any kind of attempt to hide his deep desire for acquiring an independent bailout for the Spanish nation. But, in order to take any further steps, he has to first go over the conditions of ECB plan. When questioned by reporters over whether this line of thought had been included in his discussions with Angela Merkel, Rajoy declined to comment any further on the topic. He pointed out the fact that he had never made any commitments to undertake further developments in the economy of Spain. He also stated that he had no intention at the moment of making any alterations to the system of pension in the country which has till date remained unchanged, without any kind of cuts.

Mario Draghi issued a statement in Frankfurt that nations which wanted to take advantage of the newly introduced European Central Bank program needed to be on the same page regarding the specifications of the European relief fund. He also said that they would ask for some amount of support from the International Monetary Fund.

The notice of the European Central Bank, in spite of the Bundesbank being totally against it, was able to push back the level of performance carried out by the government fund of the economy of Spain in any case. The fund dropped to its least level in a period of four months, up to 6.1 percent.

Carrying out purchases of the European Central Bank on an unlimited scale is bound to assist the ongoing debt crisis in the eurozone in some way or the other. But this can be set off only if the recipient is able to agree to the conditions of ECB plan upon request that will be a part of the policy.

The scenario does not look good for Rajoy. Market analysts believe that most of the disappointment stems from the fact that the process of conditionality is still present. The country cannot move forward with anything unless it makes the appeal.

The current position of the economy of Spain is pitiable, being trapped in a state of recession and the rate of unemployment rising from 25 percent. Considering the present circumstances, it is better that Rajoy does nothing more as reforms have already been announced in lieu of a line of credit amounting to 100 billion euros, meant exclusively for the banking sector in Spain. Rajoy has adopted a few budget cuts amounting to about 100 billion euros in order to deal with the burgeoning economy of Spain. Merkel holds the opinion that Spain has established itself down the right path and should stay on it so that it can reform itself through the conditions of ECB plan.