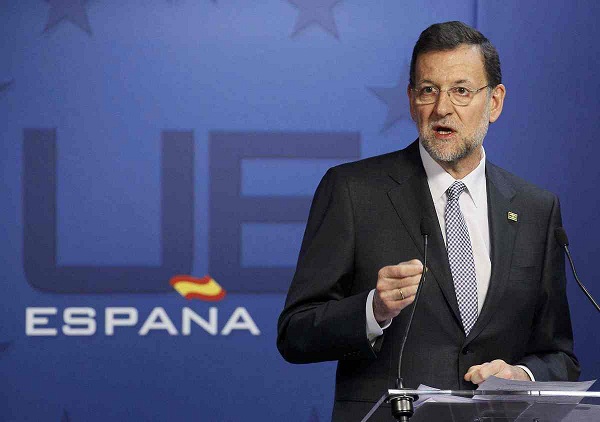 The newly formed Spanish economic reforms were going to be announced on the 27th of September along with a tight new Spain budget for the year 2013 by Spain, as the country aims to prevent the political humiliation resulting out of having Brussels force limitations on any sort of proposal for a global bailout.

According to Spanish media reports, a few ministers had to deal with the new Spain budget slashing their own by up to 40 percent, as the ensuing battle of the Prime Minister of the country to lessen one of the greatest drawbacks in the eurozone, is made even harder by the dropping revenues on tax in a period of recession.

Even while protests in Madrid spilled out on the streets of the city and talks of secession carried out by the northeastern region of Catalania added to the troubles faced by the government, on the 26th of September Spain PM Rajoy stated that the government was aware of what needed to be done and since they were aware of it, they were apparently doing the needful. He added, while on his recent New York trip to take part in the Assembly of the US General, that a lot of sacrifices required to be made evenly all across society in Spain.

Further details regarding the Spanish economic reforms are likely going to be declared at a news conference which is ready to take place soon after a meeting of the cabinet members.

Demonstrators of anti-austerity, numbering in the thousands, have repeatedly cried out for the resignation of Spain PM Rajoy. On the 26th of September, these protestors came together for a second night, near the house of parliament, which remains protected by thousands of policemen. The protests came to a close in a peaceful manner after the completion of a march on the 25th of September which ended with police protestors. Some of the demonstrators maintain that this happens to be the only way by which anything can be remotely achieved in the new Spain budget.

The image Spain PM Rajoy has so far been successful in presenting to the public underwent rapid deterioration ever since his party achieved a total majority in the parliament just the previous year in November. Images carried by a newspaper of the old school premier enjoying a cigar while on Sixth Avenue in New York City, even as protestors came together in Madrid, led to a great deal of criticism regarding his uninterested attitude towards the increasingly bigger problems in the Spanish nation.

Clearer calls proclaiming independence emerging from within the region of Catalonia, one of the richest regions in Spain, prior to an early election for the region set on the 25th of November, have led to  uncertainty regarding the ability of Spain PM Rajoy to get powerful barons in the region to accept large scale monetary sacrifices.

Spanish economic reforms mainly aimed at winning over doubtful stakeholders and limit spending are expected to comprise of a brand new body of tax oversight as suggested by Brussels, checks on early retirement, new greenhouse gas emission taxes, taxes on stock transactions, and even getting rid of a few tax exemptions.

Expansion, the well-known business daily, claims that as per official source accounts, the government is going to save about $1.9 billion or 1.5 billion euros by abolishing tax breaks for corporate, comprising incentives for reinvestment and foreign dividends and earnings incentives as part of the new Spain budget.

According to economic analysts, the tax breaks in the Spanish economic reforms alone cross 38 billion euros in the country of Spain. Public employees facing wage freeze could go up to 2013.