Rocket Lab planned to broadcast the entire mission. The live feed, however, came to a halt when the rocket descended back towards Earth at high speed. Rocket Lab confirmed via social media that the parachutes deployed successfully and that the first-stage rocket splashed down into the Pacific Ocean.

A recover team stationed in the Pacific moved in to secure the booster before moving it onto a vessel for its journey back to the homeland. 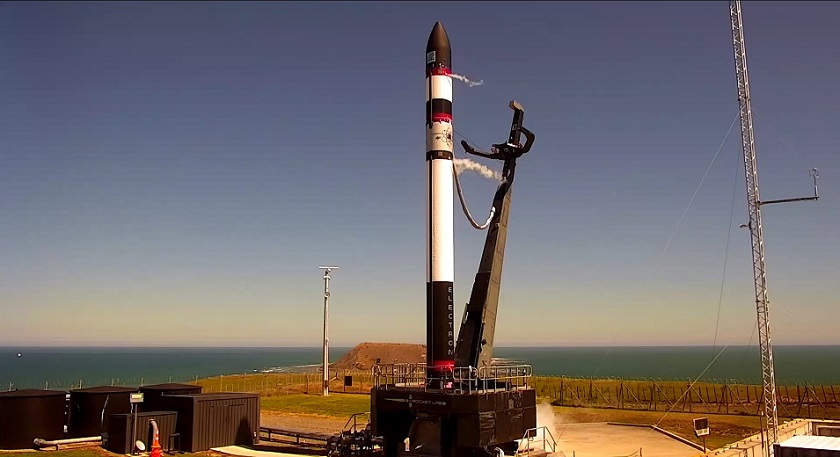 “What the team achieved today in recovering Electron’s first stage is no mean feat,” said Peter Beck, Rocket Lab’s founder and CEO, in a statement. “It took a monumental effort from many teams across Rocket Lab, and it’s exciting to see that work pay off in a major step towards making Electron a reusable rocket.”

The successful recovery of Rocket Lab’s Electron booster has moved the company closer to its rivals NASA and SpaceX. The startups now aims to launch missions at a faster cadence, with most cost-cutting in mind.

Recovering a rocket isn’t a novel concept. NASA has been doing it for past several years. Elon Musk-led SpaceX is a step ahead by recovering a propulsive landing system.

Earlier this year, Rocket Lab demonstrated a midair capture of a mock rocket stage with a helicopter.

Recovering the booster out of the air prevents the possibility of further damage from a water landing.

“Bringing a whole first stage back intact is the ultimate goal, but success for this mission is really about gaining more data, particularly on the drogue and parachute deployment system,” Beck explained. “Regardless of the condition the stage comes back in, we’ll learn a great deal from this test and use it to iterate forward for the next attempt.”

Anna Domanska
Anna Domanska is an Industry Leaders Magazine author possessing wide-range of knowledge for Business News. She is an avid reader and writer of Business and CEO Magazines and a rigorous follower of Business Leaders.
« Thyssenkrupp to slash roughly 10% of its workforce
It will take 4-9 months to vaccine US completely: Morgan Stanley »
Leave a Comment
Close