SpaceX is sending Japanese billionaire Yusaku Maezawa to the Moon

SpaceX CEO Elon Musk yesterday announced that Japanese billionaire Yusaku Maezawa, founder of Japan’s leading online clothing retailer Zozotown, will be the first private customer going for a ride around the Moon using the Big Falcon Rocket (BFR) – SpaceX’s future rocket. Interestingly, Maezawa is planning to embark on the trip scheduled early 2023 with some artists with him, turning the tourist ride an art project referred to as #dearMoon. A website, dearmoon.earth, was launched for the trip after the announcement.

Maezawa is an artist and a passionate art collector. The 42-year-old entrepreneur, who is currently worth $2.9 billion, according to Forbes, last year, spent $110.5 million on Jean-Michel Basquiat’s 1982 paintings called “Untitled.” Maezawa wants to make the trip with other artists and have “bought all the seats” on the BFR, looking forward to having companions on the one week-long trip around the moon.

“I would like to invite six to eight artists from around the world to join me on this mission to the Moon,” he said. According to Maezawa, he is yet to decide on the artists to invite and prefers if they represent diverse fields, such as musicians, painters, movie directors, etc. “These artists will be asked to create something after they return to Earth, and these masterpieces will inspire the dreamer within all of us.”

Imagining what artists like Picasso, Andy Warhol or Michael Jackson would have created if they had traveled to the space inspired Maezawa to include artists on the trip, according to his statement. 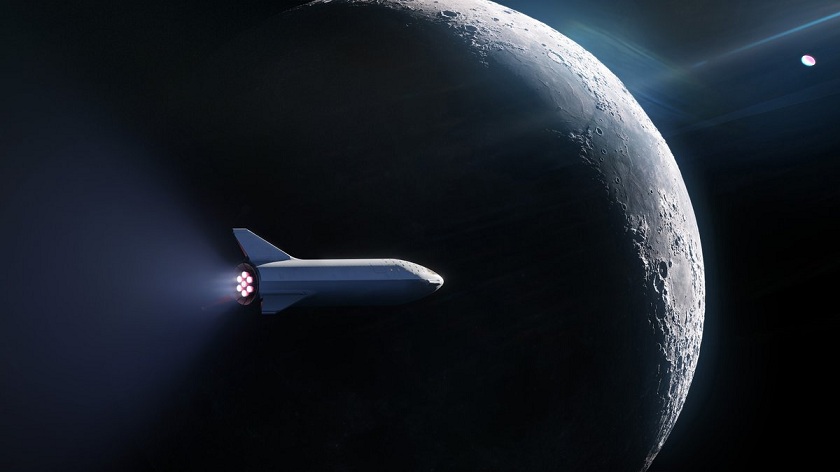 SpaceX’s next-generation vehicle—BFR—will be the most powerful rocket in history, capable of carrying humans to the Moon, Mars, and beyond. Source: SpaceX

How much is the #dearMoon trip?

“It makes a difference,” said Musk. “He puts his money where his mouth is. He’s legit.” BFR development would cost about $5 billion, according to Musk’s estimate.

Training is paramount in making the trip a success but SpaceX hasn’t come up with any yet. Maezawa said he will start discussing with SpaceX on a way forward and other commitments such as training from now on.

This is not the first time SpaceX has announced such plans and till now, it hasn’t launched anyone to space. Last year, it announced plans to send private customers to the Moon on Falcon Heavy rocket. And the flight was ambitiously slated before 2018 ends. Musk disclosed that two persons (still anonymous) scheduled to be on the flight had each made a “significant deposit.”But the mission was scrapped before any date was due.

The exploration of celestial features SpaceX had long promised us may have gained more traction now that it has announced a passenger and clearer modalities for the journey, which includes a test flight by 2019. Musk even disclosed he could be on the trip, that’s tentative, anyway.

We look forward to a regular update as the year 2023 gets closer. At least, we can turn to Maezawa for questions if SpaceX won’t give us any.