Internet connections are going astral with SpaceX putting a slew of Starlink satellites in the near-earth orbit to bolster speed and connections.

This takes up the total of Starlink satellites to 835 thus far. Though not all are operational as some were test satellites. But these constellations of low-orbit satellites are strong enough ocean high-speed internet down to Earth.

Elon Musk, the CEO of the company says that the aim is to build a strong network of such satellites above Earth capable of supplying the internet to 99 percent of the globe.

“With performance that far surpasses that of the traditional satellite internet, and a global network unbounded by ground infrastructure limitations, Starlink will deliver high-speed broadband internet to locations where access has been unreliable, expensive, or completely unavailable,” the firm’s website states.

The network is already live and is being tested by some users in the US and Canada.

Emergency responders in Washington State used the satellite network to set up a Wi-fi hotspot for people affected by wildfires in the state.

It is also being used by a remote Native American tribe for telehealth consultancy. 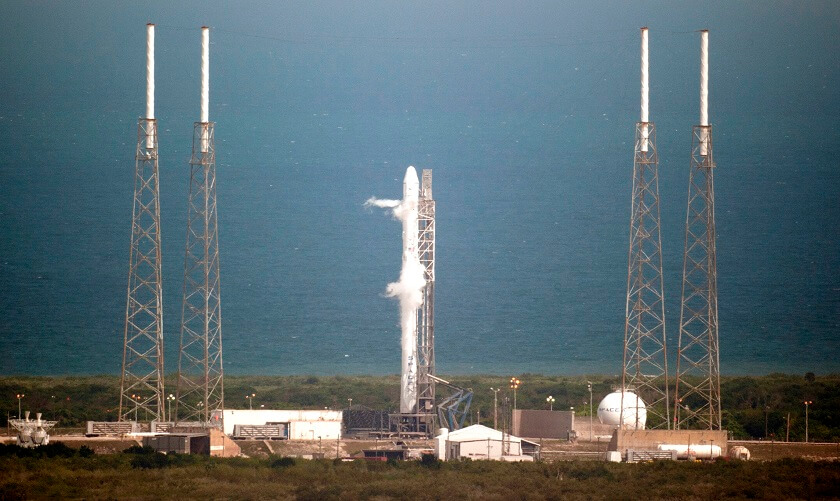 A wider beta testing is expected after the latest launch.“Once these satellites reach their target position, we will be able to roll out a fairly wide public beta in northern US and hopefully southern Canada,” he tweeted. “Other countries to follow as soon as we receive regulatory approval.”

There are reservations from astronauts about these low-orbit satellites, which they say will obstruct observations and even create some signal interference.

SpaceX is working with NASA and other research labs to minimize the risk to the astronauts and the space observatory. Plans are to tilt the angle of the satellite and paint it black to stop reflection from the Sun.

But a report by the Satellite Constellations 1 (Satcon1) workshop, which was signed by hundreds of astronomers, said: “no combination of mitigations can completely avoid the impacts of satellite trails on the science programs of the coming generation.”

The latest launch also included a successful controlled landing and recovery of the first-stage booster. One of the fairing halves though it was slightly damaged as a catching net gave way on the recovery barge. SpaceX says the recovery crew is fine.

In related news, Nokia’s industrial research and scientific development arm, Bell Labs, has secured $14.1 million in funding from NASA to build and deploy the first wireless network on the moon, starting with 4G/LTE technologies and moving to 5G later on.

As of 2021, over 150 million US workers identified themselves as self-employed. This means that they are responsible for their own retirement plans. Employees of big firms tend to
3 hours ago

Just shy of her 40th birthday, Vera Wang struggled to find a bridal gown that suited her taste. Her father pointed out her struggles for what they really were – a remarkable busi
3 hours ago

In the memo obtained by Geekwire, Nadella writes that he is aware of how much their talent is in demand. He appreciated their efforts in keeping the company running and thanked hi
9 hours ago