The SpaceX Galaxy is a Sky Full of Star(link)s.

Elon Musk has always been a prominent advocate for sustainability. This holds true for his ventures like Tesla – the world leader in the EV segment, and SpaceX – an aerospace company which recycles parts of rockets, reducing costs and wastage.

SpaceX is a privately-held company that launches its own satellites. It aims to build a mega constellation of Starlink satellites that orbit about 550 km above the Earth to provide easy internet access to end-users. As information is shared faster through the vacuum of space, these satellites are more efficient than fiber-optic cables. Also, they meet or exceed every standard regarding regulation of space debris. Further, the Falcon 9 series of rockets have been fired over a hundred times and are reusable. This helps SpaceX reduce costs as it does not need to procure fresh parts. 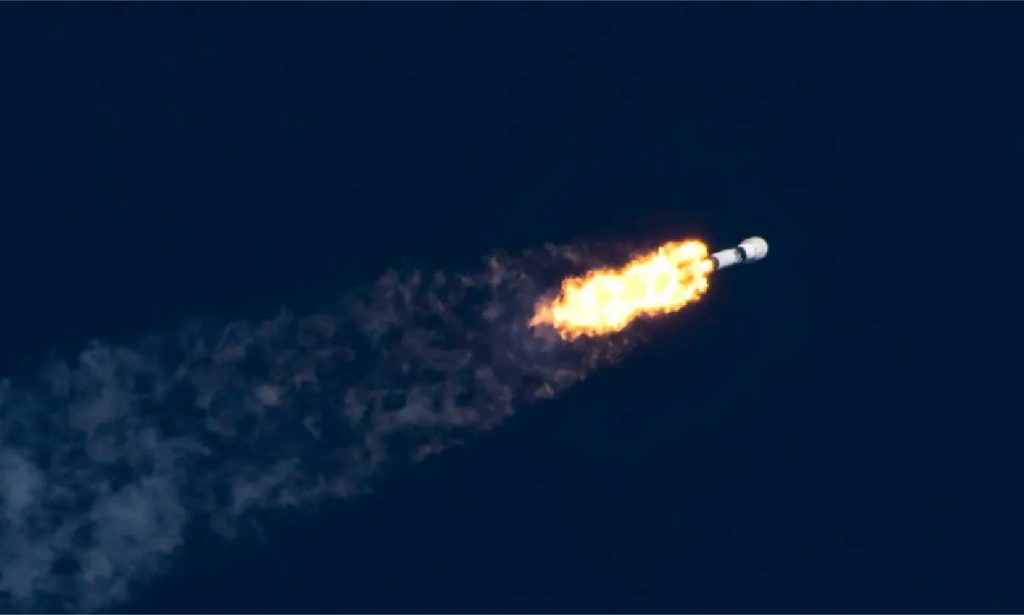 Starlink satellites take to the skies aboard the Falcon 9.

Standing tall at around 70 meters, the Falcon 9 rocket took off on Jan 6 at 4:49 p.m. EST from Launch Complex 39A at the John F. Kennedy Space Center in Florida. The weather was pleasant and conducive to take-off. The rocket was visible as it climbed higher into the Earth’s atmosphere before making its delivery and landing at sea. Following separation from the second stage, the booster was scheduled to fall off near the Atlantic Ocean.

The current one was SpaceX’s 35th launch. In 2021, Space X made history with a record 31 launches. It looks like 2022 will follow in the same vein. According to the operations director of Cape Canaveral Space Force Station, SpaceX is scheduled fo s even launches in the first month of 2022.  Five of these seven will be launched on the Falcon 9 rockets.

The company confirmed on Twitter that its Falcon 9 rocket has landed on the A Shortfall of Gravitas droneship, sending a new stack of 49 Starlink satellites into the low Earth orbit.

Starlink provides high-speed internet to different parts of the globe where internet was previously inaccessible. The aerospace company has helped education and healthcare sectors and, when needed,  directed rescue efforts in flood-affected areas. SpaceX engineer Jessie Anderson revealed that Starlink now has over 145,000 users spread across 25 countries. Starlink engineers aim to build a fleet of around 12000 satellites while a FMC report revealed that the company has applied for authorization for approximately 30,000.

Like any other disruptor, Starlink is mired in different controversies. The most recent concern was raised by members of the scientific community who study the night sky. The reflectivity of Starlink’s low-flying satellites is said to cause light pollution — particularly during the hours of dusk and dawn. It is unlikely that this problem can be completely eradicated, however, it can be controlled. SpaceX has been trying to lessen different methods to reduce the amount of light reflected off its satellites. It is yet to arrive at a successful solution. Meanwhile, satellite internet providers in the US, UK, Canada and China have already set in motion plans to expand their fleet, which will continue to exacerbate the problem.

You can head to the ‘Find Starlink’ website to check out when SpaceX’s Starlink satellites will be visible in your area.

Anna Domanska
Anna Domanska is an Industry Leaders Magazine author possessing wide-range of knowledge for Business News. She is an avid reader and writer of Business and CEO Magazines and a rigorous follower of Business Leaders.
« Ray Dalio dispenses advice on cash, bonds and Bitcoin
OPEC+ Agrees on Oil Output Hike Next Month »
Leave a Comment
Close