The whole aim of the Inflight abort test is to determine the emergency worthiness of the Crew Dragon.

SpaceX and NASA are conducting an inflight safety abort test with the Crew Dragon spacecraft, where there are chances that the commercial space company’s Flacon 9 rocket launcher may explode during the trial.

The test was due on January 11 but was postponed to January 18 to give “extra time for spacecraft processing,” NASA stated Monday.

The whole aim of the test is to determine the emergency worthiness of the Crew Dragon. If successful, NASA will give the nod for it to start ferrying astronauts to the International Space Station as a part of the company’s Commercial Care Program.

During the experiment, the Crew Dragon capsule will launch from NASA’s Kennedy Space Center in Florida. After liftoff, it will separate from the Falcon 9, using its Super Draco engines and escape to a safe distance and do a parachute touchdown in the Atlantic. The engines are designed to activate in the event of an emergency, carrying the capsule away from the rocket and out of danger.

Hopefully, the successful separation will prove the escape capabilities of the Dragon capsule in an emergency.

It is expected that the Falcone 9 rocket may blow up in the process. It is being termed as a “speedy scheduled disassembly .” 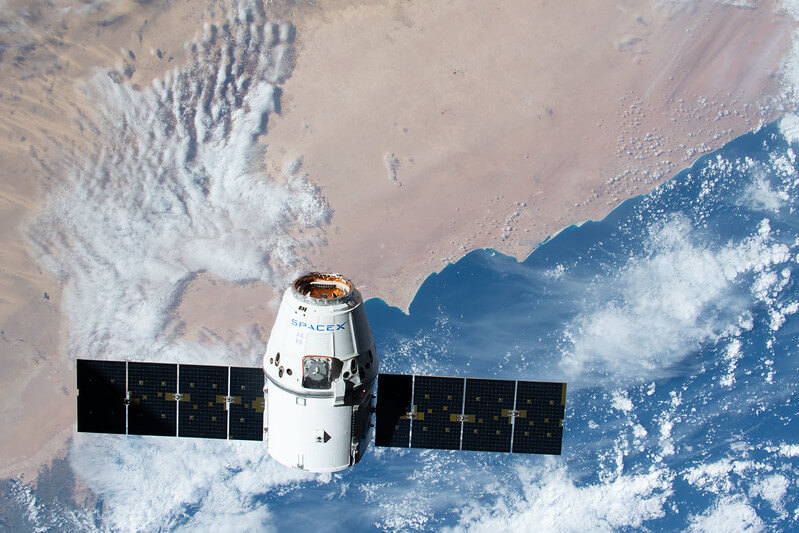 The scientists at NASA and SpaceX say that there is less than a one per cent chance that the rocket may survive the dislodging. They believe that the Falcon 9 will blow up in a fiery explosion, thereby consuming any remaining fuel before it hits the waters. And even if it survives the separation, the impact with the ocean will cause a bigger explosion.

SpaceX hopes to recover all the debris of the rocket launcher Falcon 9 after it blows up.

Before this scheduled dissembling of the Falcon 9 from the Crew Dragon, another ground test demo was successfully carried out in November. A similar experiment went awry earlier in April when an explosion occurred possibly blowing up the Dragon capsule. No details were given out by SpaceX except that no one was injured during the testing.

In December, Boeing’s Starliner crew capsule aboard a United Launch Alliance (ULA) Atlas V rocket failed to climb high enough after liftoff to reach the ISS. This failure has put back Boeing’s attempts to carry astronauts to the space station.

The CST-100 Starliner was successfully launched from Cape Carnival, but an automatic timer error aborted the try-out.

The Elon Musk SpaceX has carried out many unmanned missions to the ISS carrying supplies and other things to and fro to the space station.

NASA is keen to have a home-grown capsule to carry its human missions to the space station and lessen its dependence on Russian space capsules.

NASA is interested in sending short- term human missions to the ISS and is open to private crewed missions to the ISS. “NASA’s goal is to achieve a robust economy in low-Earth orbit from which NASA can purchase services as one of many customers,” the space agency officials said in early June of 2019 in a press statement. “The purchase of a private astronaut mission seat will directly support NASA’s low-Earth orbit commercialization goals by helping to lay the foundation for America to maintain a constant human presence in low-Earth orbit to be enabled by a commercial market.”

Anna Domanska
Anna Domanska is an Industry Leaders Magazine author possessing wide-range of knowledge for Business News. She is an avid reader and writer of Business and CEO Magazines and a rigorous follower of Business Leaders.
« Automakers should take a note of Sony Vision S
Mass Timber Architecture Focuses On the Future »
Leave a Comment
Close

Companies have raised over $400 billion in the first three weeks of 2021 as stimulus packages from governments and central banks have led to...
15 hours ago