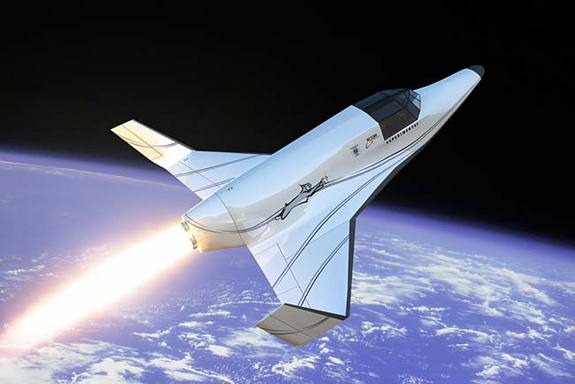 Microsoft co-founder Paul Allen unveiled plans last week for a new commercial spaceship that, instead of blasting off a launch pad, would be carried high into the atmosphere by the widest plane ever built before it fires its rockets. Allen joins Silicon Valley powerhouses Elon Musk of PayPal and Jeff Bezos of Amazon.com Inc. in a new private space race that attempts to fill the gap left when the U.S. government ended the space shuttle program.

The first test flight of the ambitious venture by Allen’s new company Stratolaunch Systems is not scheduled until 2015, Stratolaunch Systems isn’t the only one in this space race. Virgin Galactic is well known in the industries of commercial space flight and space tourism, as well as Boeing and Zero G Corporation.

The Progress Toward Commercial Space Flight and Space Tourism

Right now, this space race is focused on building a commercial vehicle that can bring people into orbit, or suborbit, and can bring them back as safely and as affordable as possible. Yes, everyone would like to go into space, but it currently costs several thousands dollars per person to do so. Blue Origin, which was founded by Bezos, is developing a fully reusable suborbital vehicle called New Shepard, which is capable of flying three or more passengers on suborbital flights. Boeing’s Commercial Space Transportation-100 space capsule is being designed to carry astronauts and supplies to the space station, but the aerospace giant has also partnered with Space Adventures to sell passenger seats for future CST-100 flights.

There’s definitely a market for space tourism and commercial space flight as several thousand people have already ventured into outer space. Since the company’s first flight in 2004, Zero G Corp., which is owned by Space Adventures, has flown over 6,000 people, including former Apollo astronaut Buzz Aldrin, and celebrities such as Martha Stewart, rocker Ozzy Osbourne and famed astrophysicist Stephen Hawking. Space Adventures is an American space tourism company that arranges multimillion-dollar trips to the International Space Station for extremely wealthy clients. The firm is the only company that has booked private flights to the space station, and brokered those deals with the Russian Federal Space Agency, to charge customers about $35 million for rides on Russian-built Soyuz spacecraft.