What is leadership authenticity?

The Key to a Successful Leadership 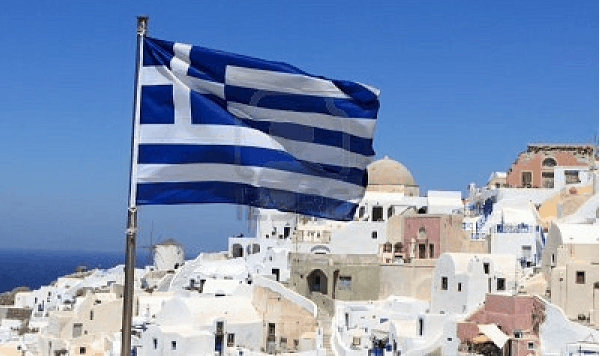 The flag of Greece

Standard & Poor’s, the rating agency, revised Greece’s outlook to negative on concern that deteriorating economy raised the possibility that the nation will need more financial help from European lenders. Analysts of S&P are concerned with the fact that Greece will have problems with implementing austerity measures.

Greece’s long-term sovereign credit rating outlook has been lowered to “negative” from stable. The current status is known as “junk”.  According to S&P, because the economy is deteriorating, Greece will need as much as €7 billion ($8.7 billion) in additional financing, or 3.7 per cent of its gross domestic product from European Union and the International Monetary Fund.

On Tuesday S&P informed that the outlook on Greece’s rating had been revised to negative from stable. If Greece is not able to obtain the next disbursement form the European Union and International Monetary Fund, the risk of the downgrade will be unavoidable.

S&P noted in a statement: “Following delays in implementing budgetary consolidation measures and a worsening Greek economy, we believe Greece is likely to require additional financing for 2012 under the EU/International Monetary Fund (IMF) program.” However the rating agency added: “We are revising the outlook on the long-term ratings on Greece to negative, reflecting the possibility of a downgrade if Greece fails to secure the next disbursement of the EU/IMF Program.”

Greece faces the worsening economic situation. The economy of Greece has been squeezed by financial rescue measures, including the fiscal tightening, so that the government would be able to get rescue-loan disbursements. The Greece’s economy is in its dilapidation. Gross Domestic Product has been decreasing for 5 years and the unemployment rate has risen to 22.5 percent from 7.9 percent. According to Yannis Stournaras, the Greek Finance Minister, the government is still identifying a third of cuts needed to resume the flow of bailout funds. As stated, Greece will need 7 billion euros ($8.7 billion) this year.

Greek government tries to improve the economic situation of the country by all means. As reported by Stournaras, Greece will probably have to reduce the number of state employees to achieve fiscal. However the plan of downsizing has met with a strong opposition. Fotis Kouvelis, the leader of the Democratic Left party, said: “I am categorically opposed.” Evangelos Venizelos, the former finance minister, added: “We must avoid adding more unemployed people to the ranks of those who are already unemployed.”

However steps have been taken, S&P is not convinced about the future results, the rating agency said: “We see the likelihood of shortfalls, owing to election- related delays in the implementation of budgetary consolidation measures for the current year, as well as the worsening trajectory of the Greek economy.” S&P believed that those steps are not enough for reviving the economy:  “As a result of this economic weakness, and due to an absence of progress on tax administration reforms, collection of personal, corporate and indirect taxes is well below target for 2012.”

Greece has been struggling with dramatic economic situation for years. As analysts noted, Greece made a progress in finding budget cuts required for the further help from the European Union and International Monetary Fund. However international inspectors are said to be back in September to check if the remaining works is done by the Greek government. After all, Greece promised to implement some fiscal reforms valued at 11.5 billion euros to get a 130 billion euro lifeline and avoid bankruptcy. Even though government is trying to do its best, further steps are needed to revive and rescue the economy of Greece.