Squid Game becomes the most watched show on Netflix.

It is the most-watched show on Netflix, and likely to become THE top-most show on the streaming platform, according to an executive.

The story revolves around a bunch of debt-ridden people who participate in children’s game to win money. The nine-episode series has the group competing in games like Tug of War in hopes of winning roughly $38 million in prize money. But wait, the story line is not this simple— the twist is that losers get killed as entertainment for the idle rich who are funding the game.

Parrot Analytics, whose “demand index” rates content popularity by factoring in online buzz and Google searches to the frequency of illegal downloads, called Squid Game “a word-of-mouth global sensation” and noted that, as of Sunday, the series is now the most in-demand show in the world, with 79 times as much audience interest as the average title.

The show is No. 2 on IMBD’s ranking of the world’s most popular TV shows, ahead of Ted Lasso but just behind Sex Education. 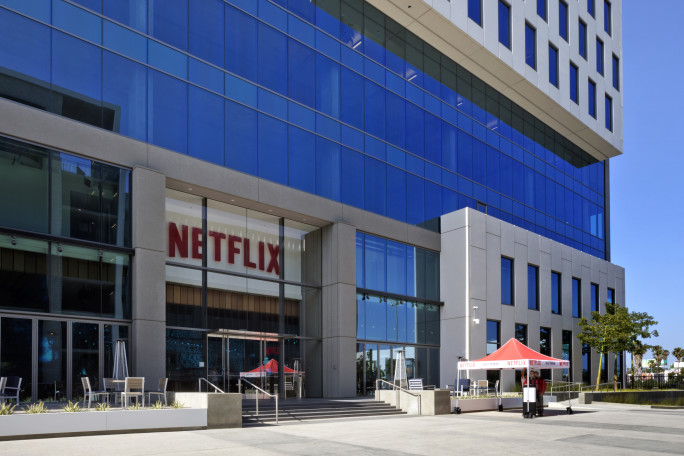 The “Squid game” has become a rallying cry in the political games being played out in South Korea.

The show just exploded on social media networks due to an organic fandom, the show was beamed simultaneously in over 200 million homes and it resonated with people. Subscribers “tweeted and TikToked about it, and it just grew through word of mouth,” Netflix’s global TV head, Bela Bajaria says. “People hear about it, people talk about it, people love it, and there’s a very social aspect to that, which does help grow the show outside of what we do.”

The show’s popularity is that it resonates with the lives of many citizens of South Korea who are fighting an economic downturn and the unequal distribution of wealth where the rich are getting richer and the poor poorer.

Areum Jeong, a Korean film expert at Sichuan University-Pittsburgh Institute, said, “Young people today feel discouraged and pessimistic about the unemployment rate,” adding that the prospect of winning huge sums of money “can seem very attractive, though there may be blood on your hands.”

The “Squid game” has become a rallying cry in the political games being played out in South Korea for the coming presidential elections. There are claims and counterclaims being made by opposition parties about the corruption reflecting the current political climate. Stories of a payoff of nearly $4.2 million to a politician’s son have been making the rounds, and people are linking it to the apparent corrupt moral depicted in the games.

Lee himself has been accused by an actress of an extramarital affair.

Huh Kyung-young, a minor party leader known for running on populist platforms, said “‘Squid Game’ is representative of the mind-set of Korean people today. Ostracization, devastation, precarity, enemies on every side. [The contestants] are in a position where they have no way out, and the last option seems to be ‘Squid Game.'”

The humungous popularity of the show has forced South Korean Internet service provider SK Broadband to sue Netflix to pay for the rising costs incurred from increased network traffic and maintenance work, an SK spokesperson said on Friday. The move comes after a Seoul court said Netflix should “reasonably” give something in return to the Internet service provider for network usage. Netflix has agreed to talk to the internet provider and come to a mutual agreement.

Christy Gren
Christy Gren is an Industry Specialist Reporter at Industry Leaders Magazine she enjoys writing about Unicorns, Silicon Valley, Startups, Business Leaders and Innovators. Her articles provide an insight about the Power Players in the field of Technology, Auto, Manufacturing, and F&B.
« Industry Leaders is Here with luxury watches of the Year!
Apple or Tesla, which is the better buy on Robinhood? »
Leave a Comment
Close