Hyundai and Kia Recall Millions of Vehicles due to Inefficient Manufacturing 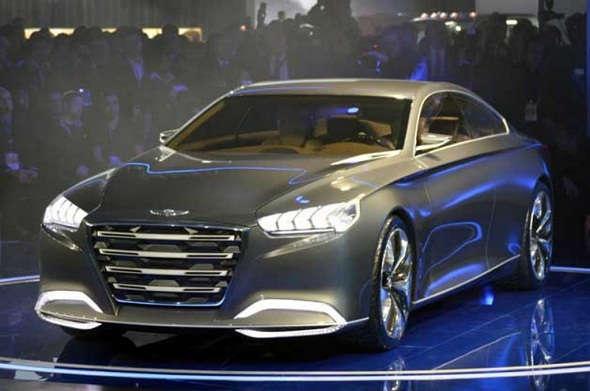 South Korean auto brands, Hyundai Motor Co., and Kia Motors Corp., originally seen as laggards in quality, took top marks in a U.S. survey of new vehicles. The auto brands are closing gaps with their Japanese competitors, whose records declined below the industry average for the first time in 29 years.

According to the J.D. Power initial vehicle quality study released on Wednesday, Hyundai along with its Kia affiliate led the industry standards by the widest margin ever, where Kia ranked second and Hyundai came in fourth. In the study’s history, Kia led all its non-premium brands in initial quality. Although, Toyota, Honda, Lexus scored above the industry average, when all Japanese’s auto brands, together decline below the industry average score – 112 – for the first time.

Stephens said that it is clear shift in the quality landscape, and is changing the pace, which every auto brand needs to reach at to board ahead.

Stephens added further that Japanese brands as a whole have improved at a rate of 1 per cent, while the US auto manufacturer and European companies have improved by 3 per cent. The initial-quality study measures problems were experienced by lessees and buyer of new vehicles in the first 90 days of possession.

J.D. Power then ranked these brands by the number of problems that was reported on per 100 vehicles, this means lower the number of issues, higher the ranking and vis-à-vis. The present year’s study covered 215 auto models and 33 brand rankings, and more than one problem can be recorded per vehicle.

For the first time in the study, South Korean auto brands led the industry average score in initial quality by the widest margin ever, scoring 90 problems per 100 vehicles, and European auto brands, with a score of 113 per 100 – surpassed Japanese brands, with 114.

Communications innovation keeps on being the biggest problem category, with voice recognition remaining at number one position. The dominant part of auto models in the study had voice-recognition systems that had 10 or more problems, which were identified with that feature per 100 vehicles. The number of vehicle’s owners, who said that they had voice recognition, which has increased up to 67 per cent this year, from 57 per cent in 2013.

Porsche was positioned as the most reliable brand for the third consecutive year, with a score of 80 problems for every 100 auto model.

The current year’s study is based on responses from 84,000 owners or lessees of 2015 vehicles. The survey covers 233 inquiries about possible problems, which incorporate mechanical defects and breakdowns, and design issues.

Christy Gren
Christy Gren is an Industry Specialist Reporter at Industry Leaders Magazine she enjoys writing about Unicorns, Silicon Valley, Startups, Business Leaders and Innovators. Her articles provide an insight about the Power Players in the field of Technology, Auto, Manufacturing, and F&B.
« Murdoch Brothers will take charge of 21st Century Fox by next month
Federal’s New rules against Robocalling Nightmares »
Leave a Comment
Close