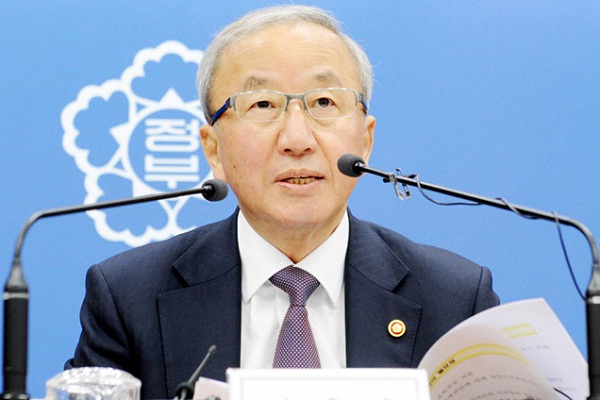 South Korea has reasons to boast as it saw its Q1 GDP climb at the fastest rate in two years. The expansion was above analysts’ expectations as growth was driven by an improvement in construction and investment, not to mention strong exports. In spite of optimistic data , it seems that the country will struggle as consumers and exporters are less confident.

On the 25th of April, the Bank of Korea released its data showing that the country’s gross domestic product rose 0.9 in the first quarter ended March from a 0.3 percent increased noted in the fourth quarter, substantially topping analysts’ projections of 0.7 percent growth. On a year-on-year basis, South Korea saw its economy increase only 1.5 percent, the same pace as in the three-month period ended December.

Surprisingly, exports data seemed to be encouraging as they increased around 3.2 percent on a month-on-month basis and as much as 3.6 percent on a year-on-year basis. According to custom figures, exports surged only 0.5 percent from a year earlier which certainly is not encouraging. Yet it should be underlined that the latest customs figures demonstrated a pessimistic change as South Korea’s exports slumped as much as 3 percent in the first twenty days of April from the same period a year earlier. The fact is that South Korea’s exports have suffered lately due to growing concerns over the state of the global economy, not to mention decreasing demand for the country’s products in the US and the crisis-hit EU. But analysts also note that the exports improved in the thirst three months of the year in spite of the weakening yen.

While most analysts hold an opinion that the latest findings on exports for the first quarter should assuage growing concerns over the South Korea’s economy, some point out the disturbing figures on exports in the first twenty days of April and a decrease in private consumption.

Therefore it is not surprising at all that also officials are much concerned about the worrying trends. With the recently implemented $15.5 billion extra budget, the South Korean government aims to head off discouraging trends and boost the Asia’s fourth largest economy. Indeed, the South Korea’s economy has been facing  many challenges, including the weakening yen and a stagnant real estate market. The weak yen adds to fears that South Korea’s exports will not be as attractive and competitive to customers as the Japanese products. Truth to be told, the South Korea’s economy is much dependent on exports and hence the country’s manufacturers are much concerned about the strength of yen.

However, it is very likely that the government will revise up the country’s forecast once the extra budget starts to bear fruits.

Anna Domanska
Anna Domanska is an Industry Leaders Magazine author possessing wide-range of knowledge for Business News. She is an avid reader and writer of Business and CEO Magazines and a rigorous follower of Business Leaders.
« Microsoft convinces ZTE to fall in line
Samsung delivers record profits on smartphone bonanza »
Leave a Comment
Close

The Ikea and Rockefeller foundations are jointly launching a $10 billion fund to promote small-scale renewable power projects in developing nations. Both
19 hours ago