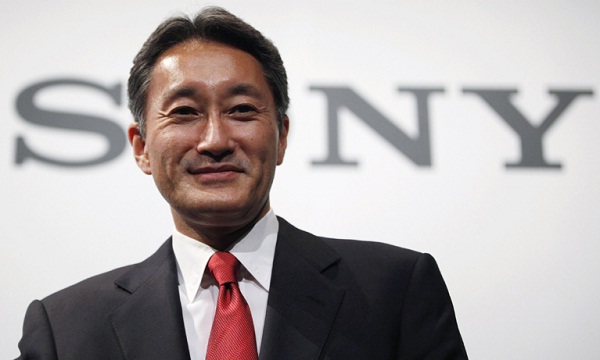 Sony Corp., the world-known electronics producer, has informed that it will release its new ultra-thin Xperia Tablet Z. The launch of the new Sony’s Xperia tablet will take place in Japan. It is not confirmed whether the Japan’s company will decide to release it in the United States. The launch of the new 10-inch Android device is aimed at attracting customers back to Sony Corp., thus taking tablet market share from Apple Inc. and Samsung Electronics Co. which have dominated the segment.

Not so long time after the announcement of the Sony Xperia Z smartphone, the Japan’s electronics maker informed about the launch of the new ultra-thin Xperia Tablet Z. Sony Corp.’s new Android tablet embodies a simple elegance with an extremely thin profile. It will be the thinnest tablet in the world as it measures just 6.9 millimeters thick, compared to the 9.7 millimeters thick Apple Inc.’s iPad and 8.9 millimeters Samsung Galaxy Note 10.1.  The Sony Xperia Tablet Z will be even thinner than iPad mini, however it will not be a small-size device as it will have a 10.1 inch, or 26 centimeter, screen with HD resolution.

According to a statement released by Sony Corp., its new Xperia Tablet Z will be dust and waterproof, not to mention that it will use powerful camera technology as an 8-megapixel camera will be built in the device. But that is not the end of surprises as Sony Corp. also decided to use 1.5-gigahertz quad-core processor in its new product which will run on Android 4.1 Jelly Bean.

The new ultra-thin Xperia Tablet Z is to be released in Japan in the 2013 spring, according to the company’s statement. Yet it has not been made clear whether the new device will have its launch in the United States. In addition, the price was not announced as well.

Sony Corp. has been facing many challenges as its TV division is not as profitable as it used to be. Data shows that the Sony Corp.’s TV division has not been profitable for eight years in a row. Therefore Kazuo Hirai, chief executive officer at Sony Corp., decided to concentrate on mobile devices such as smartphones and tablets to boost profitability of the company which once was a giant among electronics makers. Analysts are convinced that the decision was rational taking into consideration the conditions of the Sony Corp.’s TV unit.

Tablet demand is surging. Analysts estimate that worldwide tablet shipments will total nearly 350 million by 2016. The question remains whether Japan’s Sony Corp. can take advantage of growing demand as it is to launch its news Xperia Tablet Z. Analysts are not sure if the new Sony Xperia Tablet Z is enough to overtake the Google Nexus 10 or Apple Inc.’s iPad. Without a doubt, the Japan’s electronics maker reposes hope in its third tablet, after Xperia tablet S and Xperia Tablet P, and strongly believes that it may be a hit leading the company to a bigger tablet market share. The previous tablets did not turn out to be as successful as Sony Corp. initially hoped.