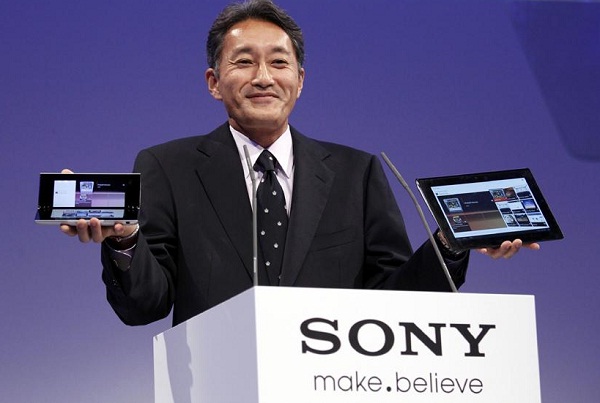 A lot of water has passed under the bridge but after all Sony Corp. has surprised as it recorded the first annual profit in five years. Its performance was substantially  improved by assets sales, including some of its office buildings, and the weak yen which is the results of the “Abenomics”.

On the 9th of May, Sony corp. informed that it recorded an annual profit for the first time in five years as a result of the company’s steps aimed at cost reduction and savings. The Japan’s electronics giant underlined that its performance was also boosted by the weak yen which attracted customers to buy its devices.

Analysts, however, are careful when discussing the results recorded by Sony Corp. as the company simply “misshaped” them with one-time gains from asset sales, including sales of office buildings located in Tokyo and New York. Furthermore, analysts underline that the core electronics business is rapidly sinking while the company tries to adjust to new conditions in the market by shifting its main focus to smartphones and medical equipment.

Also on the 9th of May, Sony Corp. released its data on fourth quarter ended March, indicating that it posted a net profit of slightly over ¥93.9 billion (nearly $949 million), compared to a loss of more than ¥255.2 for the same period a year earlier. The Japan’s electronics giant saw its revenue climb roughly 8.3 percent to approximately ¥1.73 trillion, beating analysts’ estimates of around ¥1.61 trillion.

Concurrently, Sony Corp. issued its forecast for the ongoing financial year ending March 2014. According to its forecast, the Japan’s electronics giant expects to record an operating profit of ¥230 billion (more than $2.3 billion). Analysts are less optimistic as they estimate that Sony Corp. will see an operating profit of ¥210 in the ongoing financial year.

Interestingly, the company has underlined that it does not have in plans to close the door on its home entertainment unit; indeed, it intends to make a profit from this division in the ongoing financial year. Moreover, the company highlights that its main interest lies in high-end devices, including ultra-high definition Bravia sets, as the company believes that these products will boost the performance of the home entertainment unit. Therefore two releases have been already announced by Sony Corp. which is due to launch a 55-inch set and a 65-inch set  in 2013.

The company has high hopes for the ongoing year, let’s see what the future will bring.