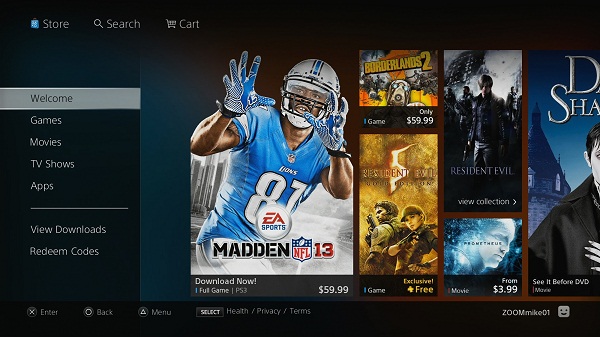 Despite the delay, the redesigned Sony Playstation Store has been well received as it shows a new side to its customers by combining a fresh design with several brand-new features for both organization and searching. Analysts, however, question the value of the store not only to Sony Corp., but also to games publishers as well as gamers.

According to reviews, the Sony Playstation Store’s redesign is visually magnificent as it also makes browsing for content much easier and at the same time more comfortable due to the larger utilization of pictures for listings.

Yet the redesigned Sony PlayStation Store means a bigger and even more aggressive competition among games publishers. Getting their games noticed is quite a challenge and games publishers will have to adjust to the new situation when a physical boxed product is not something much desired and wanted.

When it comes to customers of the redesigned Sony PlayStation Store, the situation is also tricky for games publisher as users usually know exactly what they want. The Sony PlayStation Store makes it easier as well as faster to find a specific item as Sony Corp. implemented the new three or four letter search tool.

But the new Sony Playstation Store also allows its customers to use a separate page for video streaming, not to mention a list showing the most popular charts as well. As it has been underlined by the company, the new interface will, without a doubt, help store’s users to move around it more efficiently as Sony Corp. implemented changes which had been provided by users themselves.

New PlayStation 4 may be a remedy for Sony Corp., which has been struggling recently not only with the growing popularity of games played online but also with smartphones as well. Certainly the company’s top executives repose hope in Sony Corp.’s PlayStation 4 which is believed to get the Japanese electronics maker back on top. Playstation 4 is expected to be launched in 2013.