Sony’s latest 3D display device ‘Spatial Reality Display’ allows you to review your creations in 3D without having to use cumbersome 3D glasses or some such device as it allows you to go 3D with the naked eye.

The display device is compact and handy and designed specifically as a screen for desktops with a 45-degree recline and a triangular frame.

The Spatial Reality Display comes with a sensor that determines the user’s viewing position and delivers a bright clear 3D image. Sony says it’s a “highly-realistic, virtual environment.” It can determine the depth and get a visual display to the specific angle of vision, adjusting within the millisecond. Simply moving around—up or down, side to side—makes you feel like you’re interacting with the content right in front of you. In short, it senses pupil position through space on all three axes: vertical, horizontal, and depth.

The device’s micro-optical lens is positioned precisely over the 15.6-inches (diag.) LCD display. This lens divides the image into the left and right eyes, allowing for stereoscopic viewing with just the naked eye. 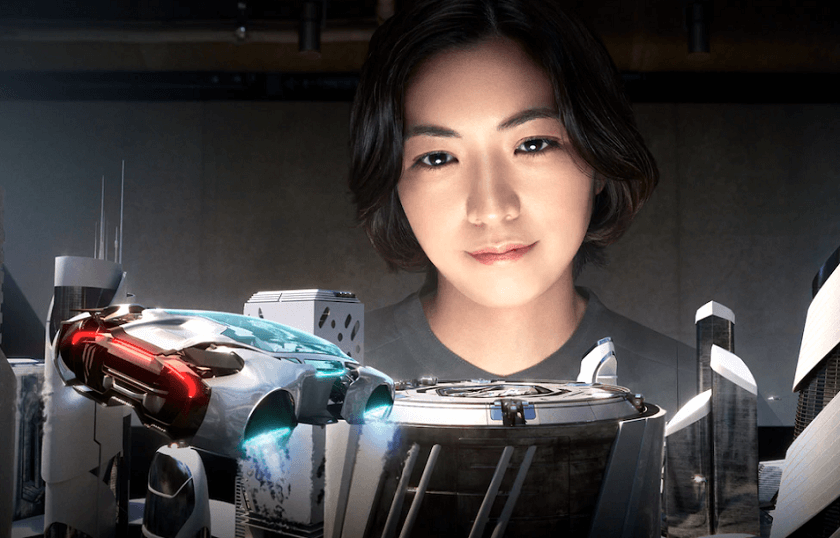 The Spatial Reality Display has been already used by Volkswagen and Sony Pictures Entertainment.

It is compatible with Unity and Unreal Engine 4, and allows for easy exporting of new or existing 3D content using Sony’s Software Development Kit (SDK). A “powerful” Windows PC running is required to actually create the 3D content; Mac support is expected in the future.

“This isn’t just a clearer screen, more pixels, or a better sound. This is something new. It starts the cogs in your brain kind of churning and your mind is trying to come up with like what we can do with this,” it was explained in the promotional video.

The Spatial Reality Display has been already used by Volkswagen, and Sony Pictures Entertainment, according to Engadget. It helped to previsualize scenes and preview 3D models while shooting Ghostbusters: Afterlife.

Sony showed an earlier version of the technology at CES this year. It used the Ghostbuster sequel’s Ecto-I to present a rendering of the device. A final version of the screen could not be shown due to the pandemic. Volkswagen has also been involved since the project’s early stages and will use the technology in its ideation and design processes.

The Spatial Reality Display is priced at $5000 and goes on sale next month.

There are similar devices out there in the market, e,g, the Looking Glass display, but it comes with a massive 8K screen.

Nintendo’s 3DS also uses similar technology, but it has far lower resolution and some issues like the absence of eye-tracking.

Anna Domanska
Anna Domanska is an Industry Leaders Magazine author possessing wide-range of knowledge for Business News. She is an avid reader and writer of Business and CEO Magazines and a rigorous follower of Business Leaders.
« Rising Sea levels Investment Risks for Municipal Bonds, says Moody Report
Getting Rid of the Negativity Bias and Thinking Positive »
Leave a Comment
Close