With a small structure located in the backyard, Emerging Objects aims to address urban and dense area housing issues at a micro scale. The studio is experimenting with its expertise in 3D printing technology and aspires to scale it to designing a building.

To demonstrate the potential of additive manufacturing, the studio team experimented on various combinations of material software and hardware and created the 3D printed cabin. The cabin seems to be a weather-tight, structurally sound building. 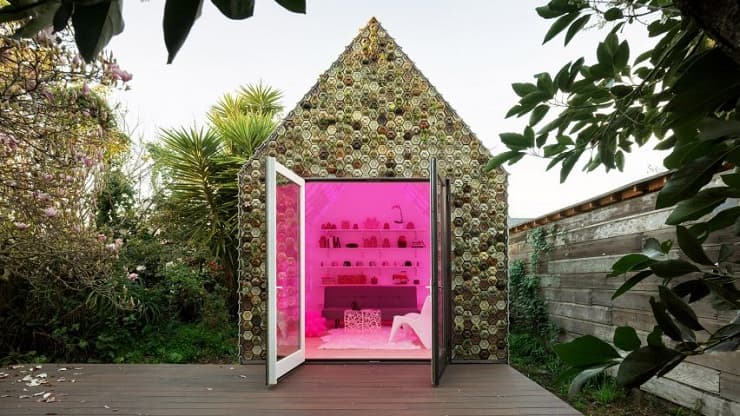 The rectangular 3D printed cabin has a perimeter of 120 square feet which is constructed on wooden balloon frame. Over 4,500 ceramic-filled 3D printed tiles are put together to create the shell.

“The Cabin of 3D Printed Curiosities demonstrates that 3D printing can be beautiful, meaningful and well-crafted – not crude, fast and cheap,” the team said. 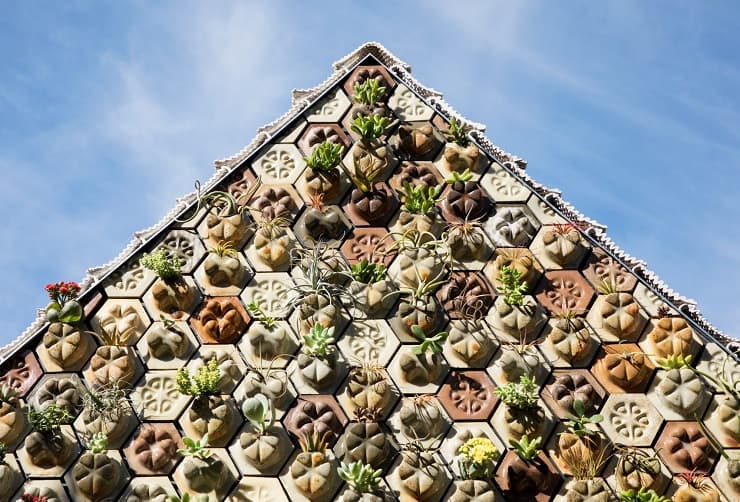 The architectures used the concept of its “Planter Tile” system on the front façade. This system includes hexagon-shaped 3D printed tiles made out of various materials such as Portland cement, sawdust and “chardonnay pomace”. These tiles come in six different shapes.

“The front facade has been described as a box of exquisite chocolates – comprising a number of Planter Tile shapes and materials to create a living wall of succulents, which naturally thrive in the northern California climate,” the studio said.

For the rear wall, side walls and the roof, Emerging Objects team used 3D printed ceramic screen. The screen is made of another type of ceramic tiles called “Seed Stitch” 3D printed tiles. It is so called because the outer appearance of the tiles resembles a knitting technique. The screen can be hung on the interior or exterior wall. 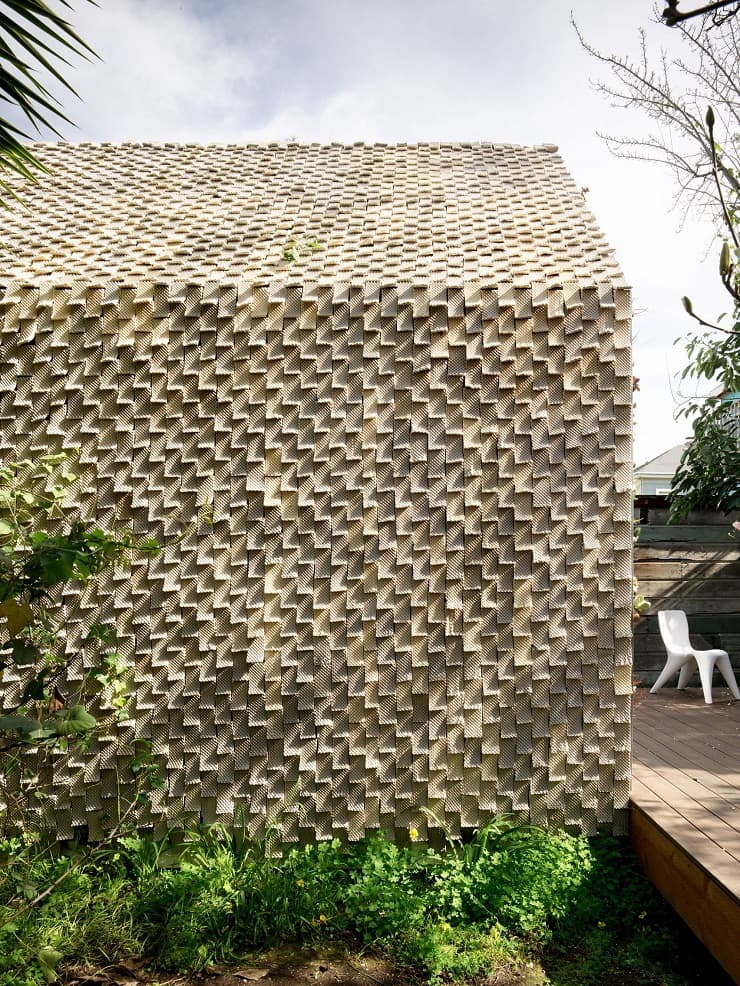 Further, the team planned to give a handmade aesthetic to the screen. For this, they tweaked the conventional 3D printing process using customized G-code. The computer numerical control (CNC) programming language, G-code is used to print the tiles.

This handmade aesthetic eventually resulted in an amazing visual appeal during fabrication. The 3D printed tiles seem to float back and forth, that caused the printer to pull the lines of clay. Following this, the pulling motion led to the formation of varying sized loops. Eventually, the printer produced a series of unique machine-made textures on the screen. 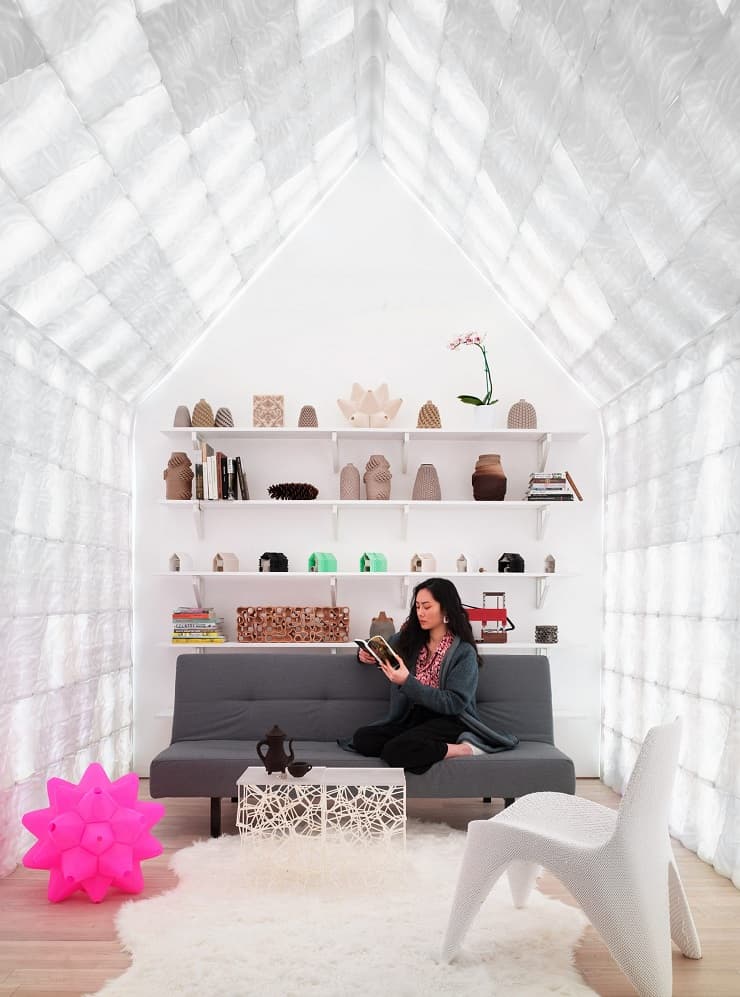 Inside the 3D Printed Cabin

For the interiors of Cabin of 3D Printed Curiosities, the team fixed its Chroma Curl Wall. The wall comprises of back-lit translucent 3D printed tiles that are filled with bioplastic extracted from corn.

During the night, the interior of the 3D printed cabin lightens up by LEDs residing behind the walls.

BlackRocks’ exchange-traded fund crossed $3 trillion for the first time in May, in sync with the ETF industry’s race to an all-time high of $9 trillion.
5 hours ago